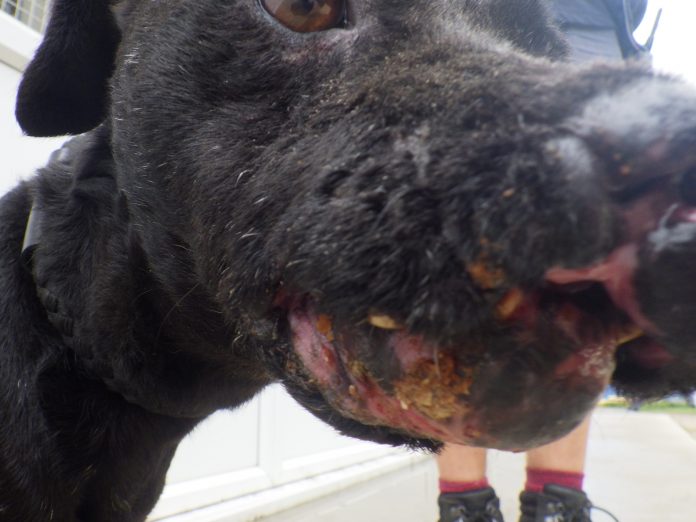 The RSPCA is appealing for information about a Patterdale terrier found wandering alone in Derbyshire with injuries that are “typical of badger baiting and digging”.

A member of the public found the black Patterdale terrier along Horsleygate Road in Dronfield at around 2pm on Wednesday 23 September, and contacted the RSPCA.

Inspector Dan Bradshaw, who collected the dog, said, “She’s an adult female Patterdale terrier type who appears to be older in age. She isn’t microchipped but was wearing a red collar with a locator on it.

“Her face is an absolute mess, practically half of her bottom jaw is missing. The injuries to her muzzle are horrendous and are typical of the injuries we see in dogs who have been used in badger baiting and digging.”

Badger baiting was banned in 1835 along with other blood sports such as dog fighting and bear baiting. Badger digging – which sees dogs sent into a sett to locate a badger and alert its handler who will then dig down to the tunnel to remove the badger – was banned in 1973. In both instances, both the badger and the dog can suffer horrendous injuries.

“We find small terrier-type dogs will be sent down into holes and setts to locate badgers, cornering them and alerting their handlers,” Dan added. “The dogs often have radio transmitters attached to their collars so phone apps and GPS locators can be used to find them underground easily. The dogs will pin or hold the badgers in place while their owners dig down to them.

“The badger, which is clearly terrified and very distressed, will usually fight back and lunge at the dogs from below. Dogs used in this hideous pastime tend to have awful injuries to their bottom jaws, noses and faces, as well as their chests and front legs.

“The badger will then be dragged out by the hunters who will then set bigger, stronger dogs on them to fight or kill them. It’s absolutely barbaric, for the badger and the dogs.”

It’s believed this terrier – now named Grace – was being used for badger digging when she ran off or got lost. 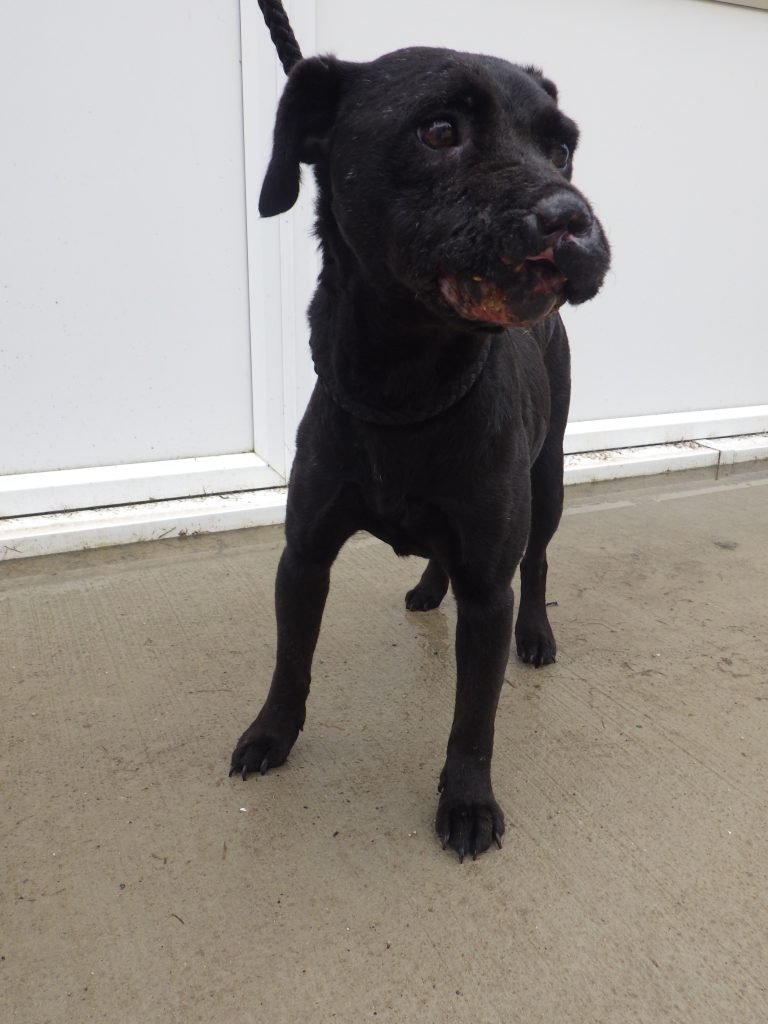 Dan added, “Grace has these classic injuries. Her bottom jaw has been badly damaged with extensive bite marks around her nose and muzzle. Her jaw is badly infected and she’s now receiving veterinary treatment and will have x-rays to establish the extent of her injuries.

“She’s a friendly, old girl who deserves so much better but has clearly been used for some time for this hideous blood sport, with little regard for her health and welfare.”

The RSPCA has now launched an investigation and is appealing for witnesses to come forward with information that may assist enquiries. Anyone who knows where Grace has come from or who her owners are should call the inspectorate appeal line on 0300 123 8018.

This news comes just days after three men from Kent caught on video setting their dogs on wildlife, including badgers, received custodial sentences.

RSPCA chief inspector Ian Briggs from the Special Operations Unit said, “Unfortunately, in recent years, we’ve seen a growing trend in cruelty towards badgers and, specifically, deliberate persecution of them in the wild.

“Sadly, badgers are seen, by some, as a nuisance and are believed to be responsible for spreading bovine TB and should be culled – something the RSPCA strongly opposes. On the other hand, there are also some who see badger digging and baiting as a sport, and choose sickeningly to persecute badgers purely for their own entertainment.

“But it’s not just the badgers who suffer – the dogs who are used in this senseless ‘sport’ are also suffering. Many of them have deep, untreated wounds and some even have parts of their jaw or nose missing. It’s unlikely they’ll be taken to vets due to the illegal nature of the crimes they’re used in so are usually poorly patched up at home using superglue or even staples.”

Anyone who suspects someone of badger baiting or digging should contact the RSPCA’s emergency and cruelty hotline on 0300 1234 999.