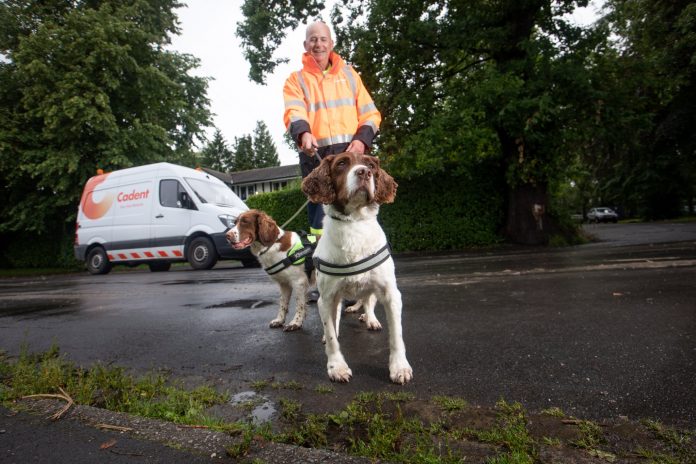 For the first time, sniffer dogs are helping has engineers track down “the tiniest of cracks in gas pipes” in North West England. Former police explosives and drugs dogs Nelly, Midge and Milly are now at work for the region’s gas network Cadent.

“The issue here is not necessarily about gas getting out, but water getting in,” a statement reads. “Just half an egg cup of water is enough to block a customer’s service pipe – the narrow pipe (the width of a finger) which carries gas at the lowest pressure from the big main in the road into a property.

“These pipes might run for long distances underneath footpaths and verges, gardens and driveways. It is hugely disruptive if engineers need to dig it all up to otherwise find the source.” 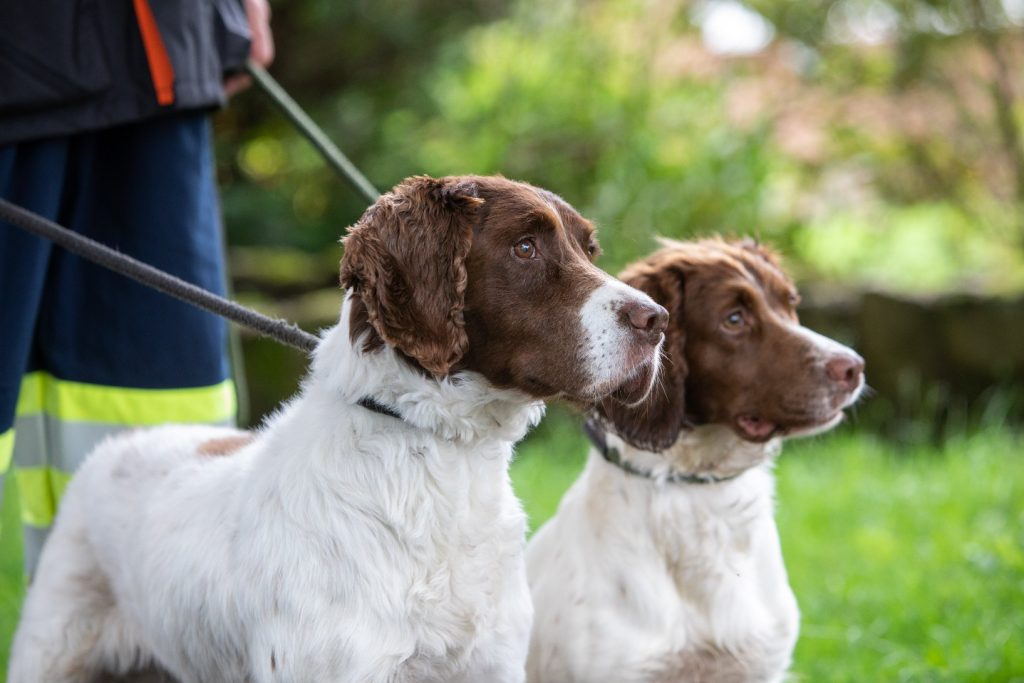 This is where dogs come into play. Cadent heard about former police dog sergeant instructor Steve Foster and his specially-trained English Springer Spaniels, and brought them to the North West for the first time this month.

Over two days, they worked in Skelmersdale, Huyton, Blackburn, Stockport, Oldham and Middleton – tracking down tiny fractures in the undergound gas pipes and amazing the engineers.

David Leah, a repair team leader for Cadent in Manchester and Stockport with 41 years of experience, said, “When we dug down to where the dogs detected something, it was spot on – or, a foot away at most. It was unbelievable. The dogs are going to be a great asset for us.”

Rachel Endfield, Business Improvement Specialist in Cadent’s North West network, had the idea of bringing in the dogs. She said, “When water is getting into a customer’s gas supply, it can be extremely difficult to locate the source of the ingress. Sometimes it can be like looking for a needle in a haystack.

“Water will get in through the tiniest of cracks, which can cause problems for our customers. It can stop gas getting through and they could lose supply.

“I’d heard about the gas detection dogs that Steve has trained for exactly this job. We’ve had them in the North West network for two days now, the first time we’ve used them, and we’ve seen some fantastic results already.” 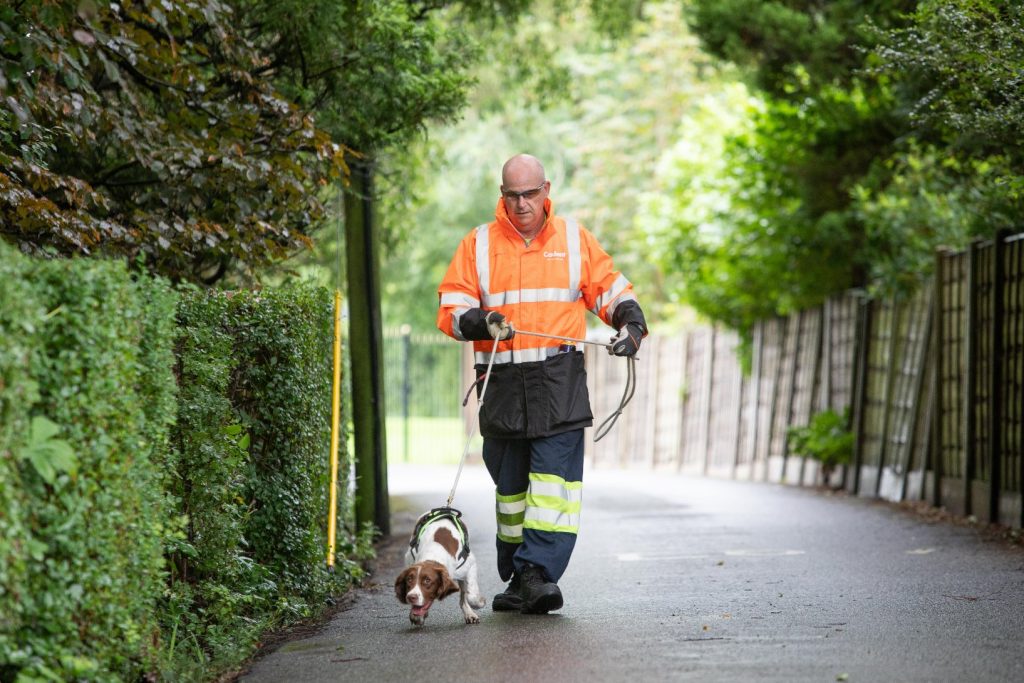 Steve Foster, whose dogs have worked on over 200 jobs since switching to gas detection work in 2017, said, “Some escapes can be really, really difficult to find. The dogs’ noses are thought to be anywhere between 10,000 and 100,000 times better than a human’s nose. So, they can find minute amounts of gas. That can be all you need, the golden nugget the engineers need to start with.”

The sniffer dogs are due back for another two days in the North West later this summer, when they will be working in Garstang, Thornton Cleveleys, Lytham St Annes, Accrington, Nelson and Colne. 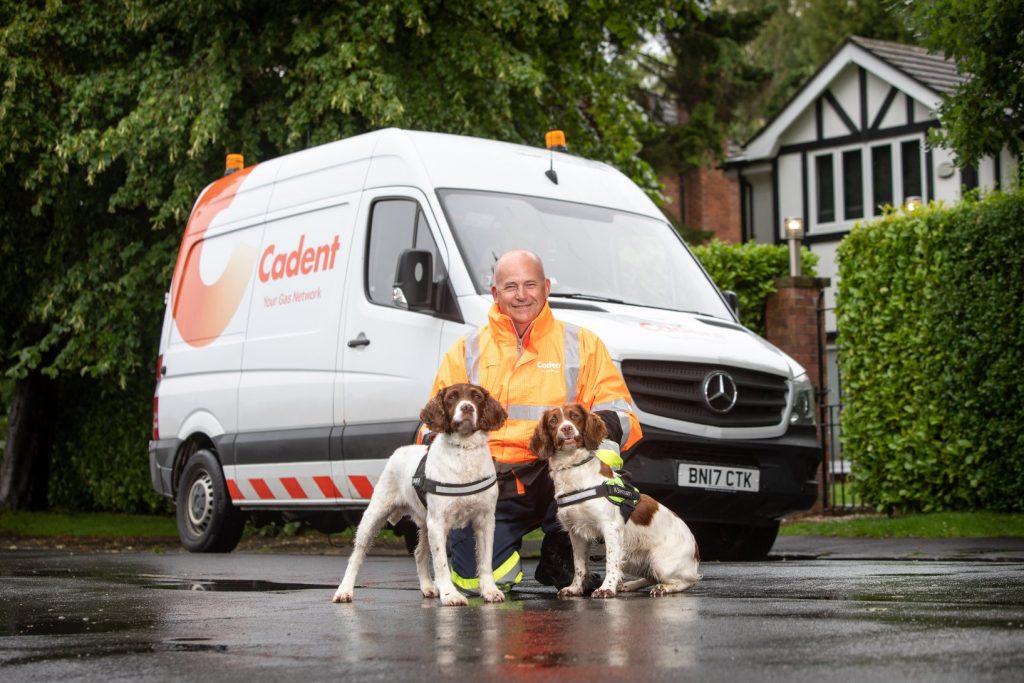