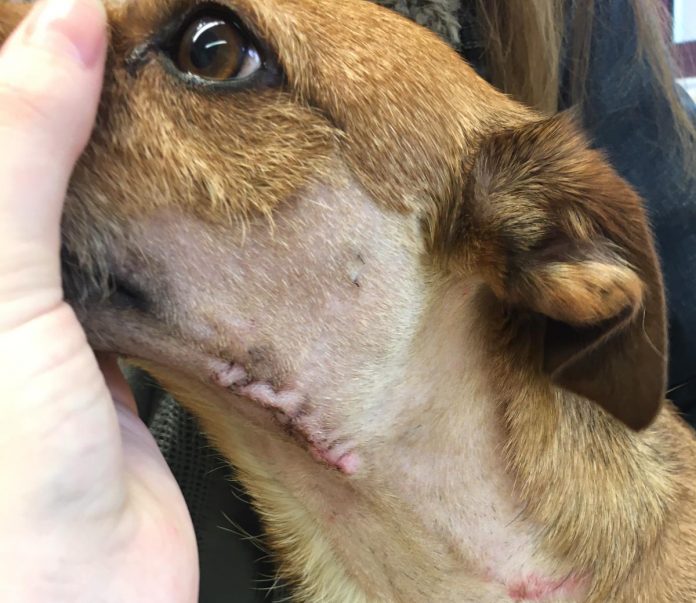 Vet charity PDSA is warning dog owners to avoid throwing sticks after a five-year-old Jack Russell cross called Marley was left with life-threatening injuries during a game of fetch.

Owner Jemma Hammerton, from Willenhall, says, “We were out on our usual walk when a stick I had thrown dug itself into the mud and was pointing upwards. Marley ran to get it but didn’t stop in time and the stick got lodged in the back of his mouth.

“I ran over and he was desperately trying to get it out with his paws, and in a panic I pulled it out of his mouth. There was blood pouring from his throat and he immediately become limp and lifeless. I thought we were going to lose him, it was just awful.” 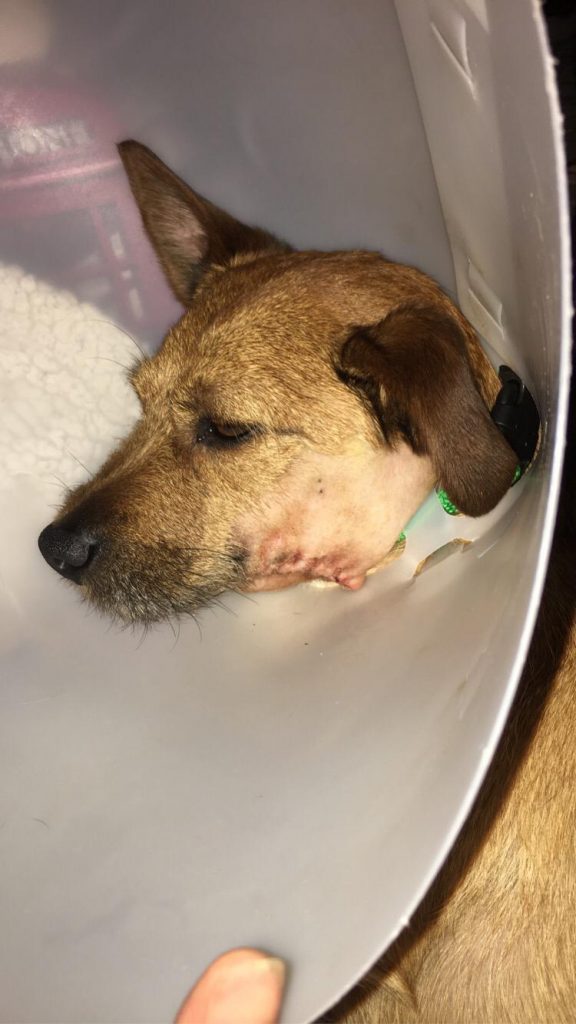 Jemma immediately rushed Marley to the Wolverhampton PDSA Pet Hospital, where vets examined the swelling beneath his chin and gave him antibiotics and pain relief. He was released but kept under observation, and instead of healing the wound became to become larger and inflamed.

“It was like there was something there trying to push its way out,” Jemma says. “It looked incredibly sore and he was acting so out of character, I knew something wasn’t right so we took him back to PDSA to get it checked.” 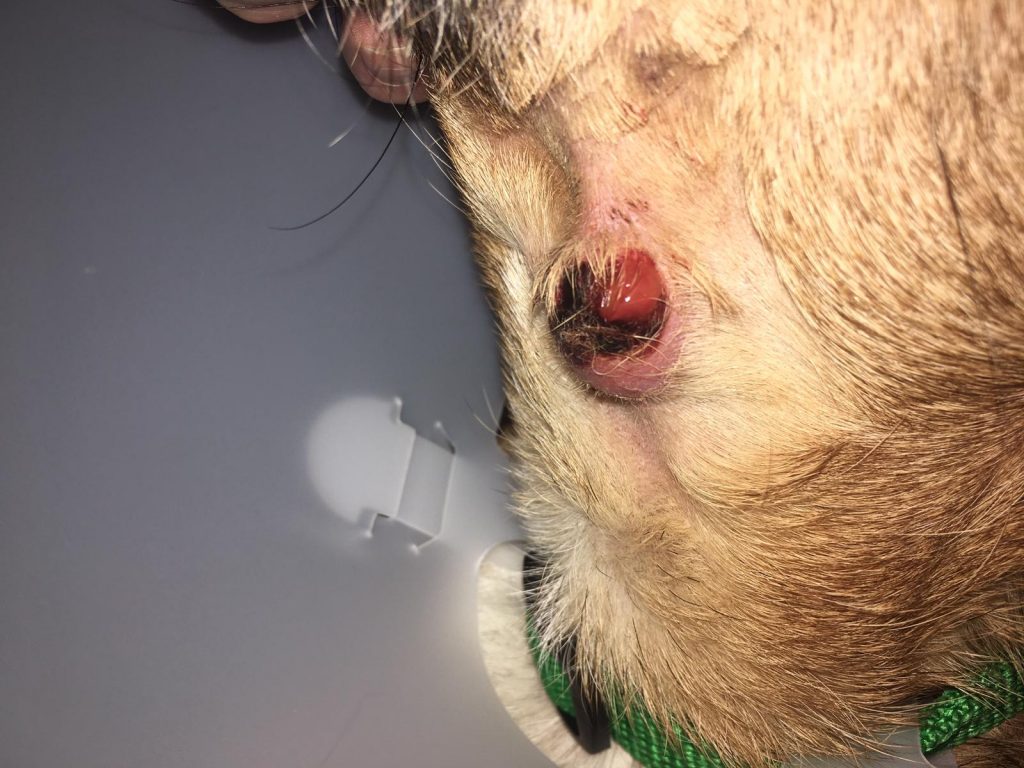 PDSA Vet Zadie Looker says, “Marley was very poorly and our only option was to operate to investigate the lump. During the operation we discovered there were some tiny pieces of the stick still left in his neck that the body was reacting to.”

After a delicate operation to remove all fragments,  Marley went home with antibiotics and pain relief – and is now making a good recovery.

PDSA regularly sees stick-related injuries across its 48 Pet Hospitals, and is encouraging people to avoid throwing sticks for their dogs, as they can cause wounds in the mouth and throat, or get lodged in the mouth or intestine. 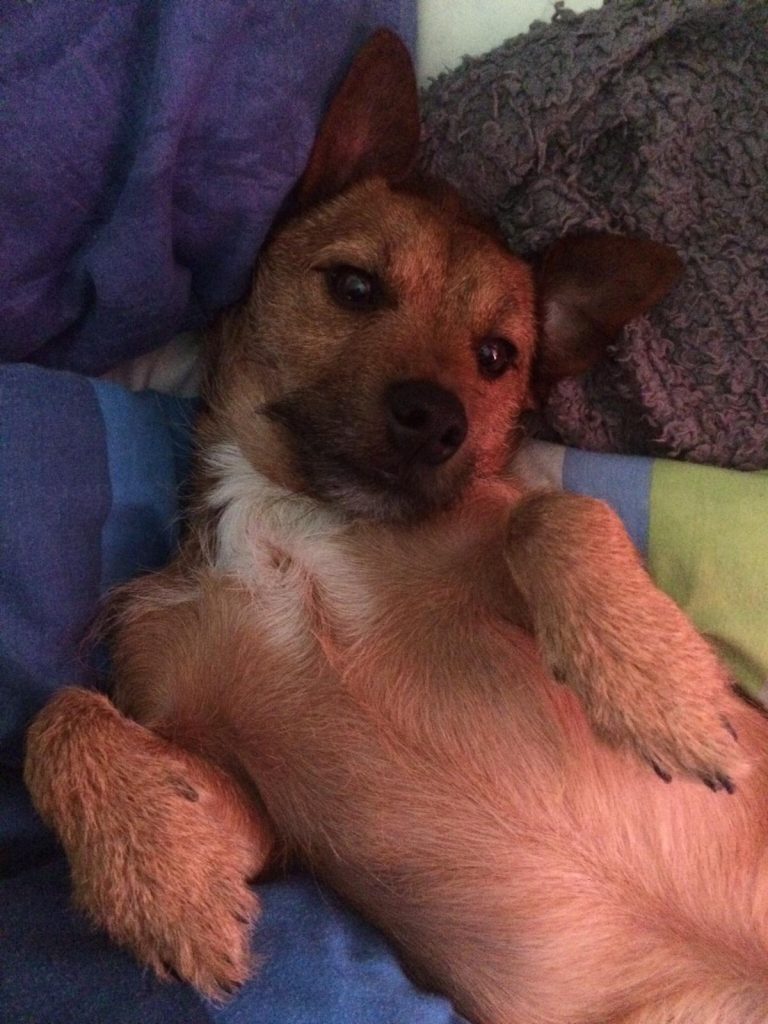 Zadie added, “The most serious injuries tend to occur when a dog runs into a stick that has become lodged in the ground after being thrown, and the dog becomes impaled, just like Marley. In Marley’s case, he was extremely lucky to have not to have got nerve damage or dangerous levels of blood loss from the initial injury.

“We love to see people exercising their pets and playing games like fetch, but we’d encourage pet owners to use safer alternatives to sticks, such as a dog-safe ball.”

Jemma adds, “I want to urge other owners not to let their dogs play with sticks while out walking. I learnt the hard way and I don’t want anyone else to go through what Marley’s been through.”