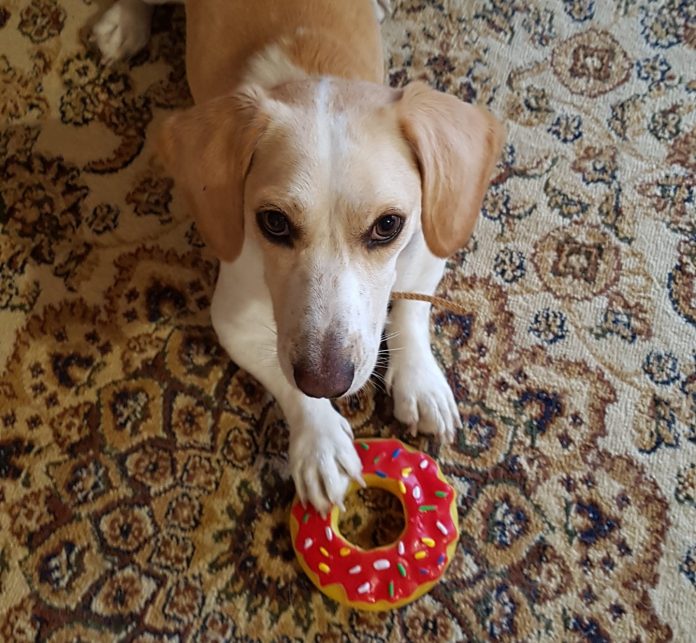 When I wrote my first adventure, I said that I can be naughty. Mummy decided that I was becoming quite a handful when she took me out, so she signed me up for dog training classes. The trouble is that I don’t like some of the other dogs. I like lady dogs, but not some of the males. Unfortunately, I tend to forget my size and get aggressive with big dogs. This worried Mummy.

At first I thought we were just going to the pet shop to buy treats. I wondered what was happening when I was taken downstairs. It was all a bit strange as there was a fenced off area where some agility equipment was set up. I liked my teacher, Maria, very much but I got a bit bored with being made to walk to heel. I soon found out that I got a big fuss when I did it right!

It did get a bit confusing when his commands were in Greek and mine were in English!

I was not too happy when I had to go to a class with several other dogs. Some were OK, but I was not keen on the Beagle because he kept barking and I really did not like the Labrador. Maria made me behave and stop trying to attack him, then Mummy tried and I decided I had better behave for her too.

I liked going down to the harbour for outdoor classes with the Beagle. We got on better when there were just two of us, but it did get a bit confusing when his commands were in Greek and mine were in English!

The best time was when Maria came to teach me at home. We started doing the training in the yard. I don’t like doing “down” very much but Maria brought me a squeaky ball and wouldn’t let me play with it until I got “down” right. The best part was when we went across to the beach because I was let off the lead. Mummy was a bit nervous at first but I was good and came back when I was called. When I did that right I got lots of fuss. 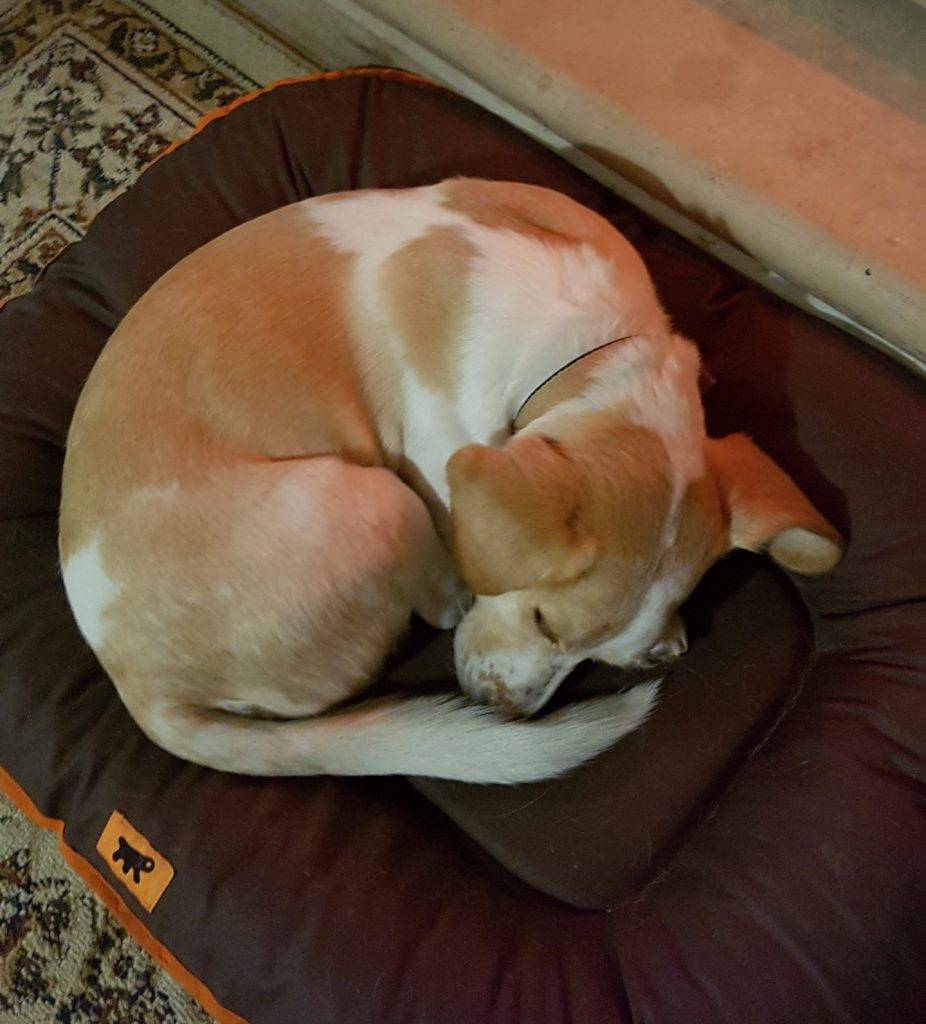 Maria wanted to take me out where there would be lots of other dogs. Mummy and I met her in town and we had several lovely long walks through the Old Town and along the seafront. At first, I was still aggressive with some of the dogs but after a while Maria made me behave. Then she passed me back to Mummy so she would have more confidence when I meet other dogs.

My training is finished now. Maria was sad to say goodbye to us (mainly me!) but said she would keep in touch. Mummy and I are going to meet up with her for a nice long walk when the lockdown is over; she says she has another toy for me! I have to admit that I am still a bit aggressive with some other dogs, but Mummy knows how to deal with it now.