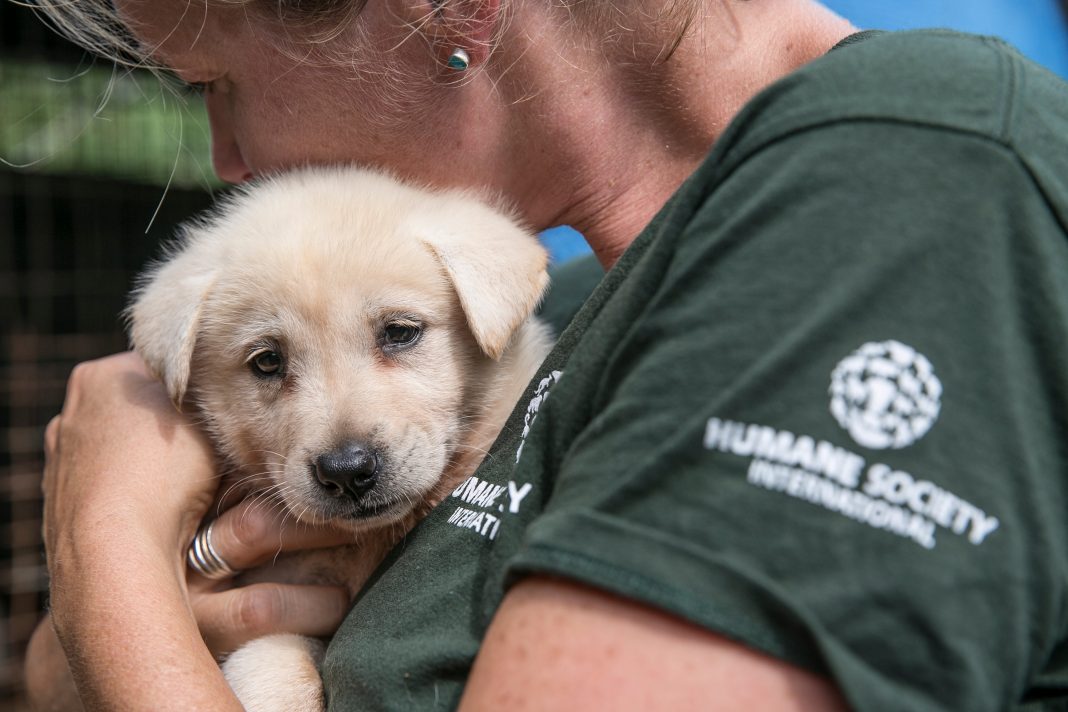 As the last three dog meat shops left in Seoul have agreed to end dog slaughter on-site, Humane Society International/Korea welcomes the move as an important step towards South Korea becoming dog meat-free. This follows over a year of campaigning from Seoul’s Mayor Park Won-soon and the Seoul Metropolitan Government.

The initiative has been welcomed by leading animal charity Humane Society International/Korea which has been active in South Korea since 2015 working with dog meat farmers to close farms, rescue dogs, and drive change.

Dog meat consumption is declining rapidly in South Korea, particularly among younger generations, who view dogs as pets rather than cattle. A survey by Gallup Korea conducted in June 2018 shows that 70 per cent of South Koreans say they will not eat dog meat in future. In July this year HSI/Korea assisted in the closure of South Korea’s notorious Gupo dog meat market in Busan, following the closure the previous year of Taepyeong, the largest dog slaughterhouses in the country.

Nara Kim, dog meat campaign manager for Humane Society International/Korea, says, “I am so happy to see Seoul’s last remaining dog meat shops end dog slaughter. Although these shops can still sell dog meat, it is nonetheless wonderful to see South Korea take one step further away from this dying industry that most Koreans want nothing to do with.

“It gives me hope that South Korea’s future is dog meat-free. HSI/Korea will continue working with the government, and supporting farmers who no longer want to work in the dog meat trade, so that one day we will be able to celebrate the closure of South Korea’s final dog slaughterhouse.”

To encourage the Korean Government to adopt the phase-out plan of the dog meat industry, HSI also works with dog meat farmers who want to leave the dying industry, and helps them switch to more humane alternative livelihoods such as mushroom or chilli growing. Increasingly, dog farmers are keen to exit the controversial trade due to societal shame, family pressure and decreasing profits. With this approach, HSI/Korea has so far closed 15 dog meat farms in South Korea.