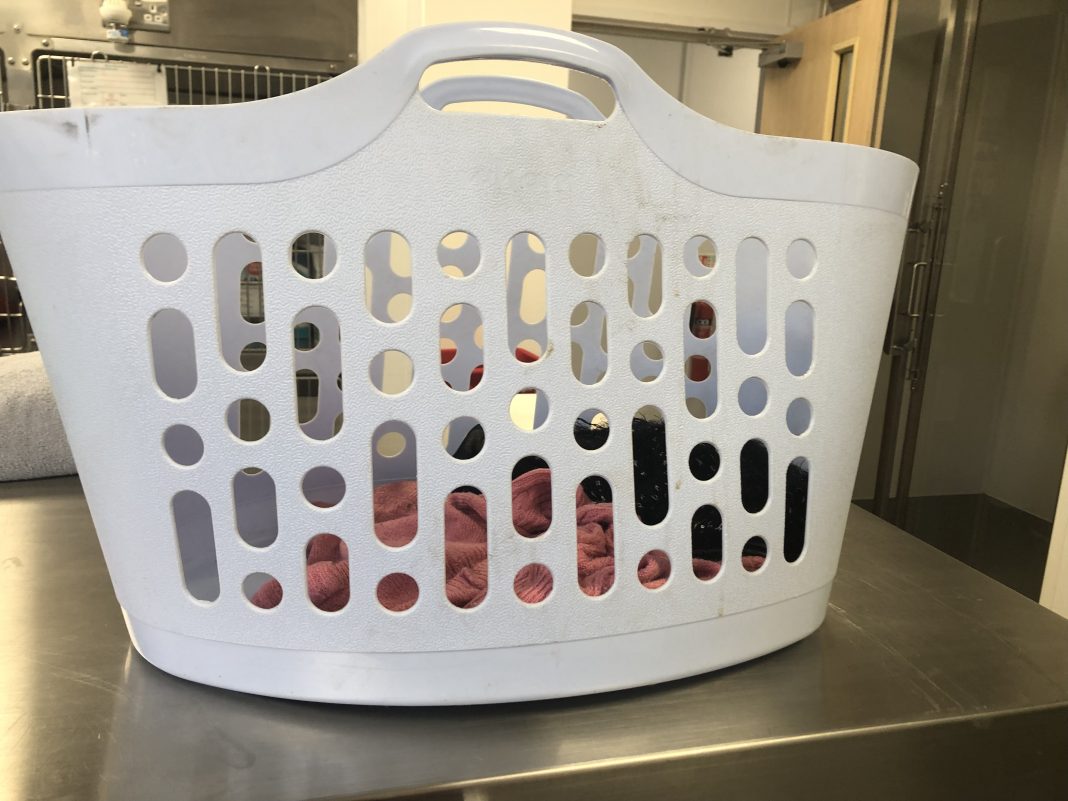 RSPCA Putney Animal Hospital welcomed many visitors throughout it’s open day. However, one visitor wasn’t sticking around for long – as he left the staff with a plastic washing basket of puppies. 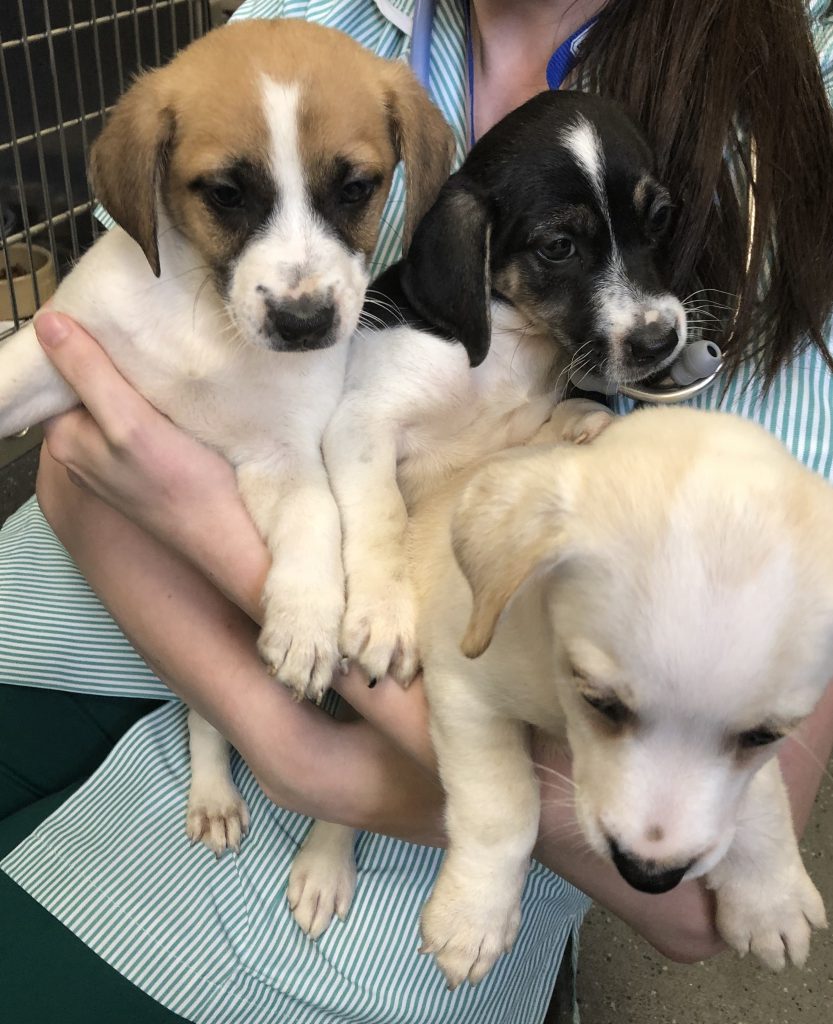 Joanne Elmes, who works at the hospital, said, “The man said he’d found them outside but ran off before we could take any details from him. The three puppies were plonked inside a washing basket and left on the floor in our reception area. The poor things must have been very confused. It was a bit of a surprise for the staff!”

The basket contained three male puppies, all three-months-old and thought to be terrier cross breeds. Staff have named them Harry (white and tan), Louis (black and white) and Niall (fawn and white).

The pups were all given a check by the vets but seem to be healthy and in good condition. They’ll be monitored at the hospital for a few days before being moved to one of the RSPCA’s rehoming centres.

“They’re utterly adorable,” Joanne added. “It’s not every day we get a basket of puppies left on our doorstep. It’s really sad that they’ve been abandoned and aren’t wanted but there are worse things to deal with on a Sunday evening than a basket of puppies!”

Unfortunately, the RSPCA is often called to help unplanned and unwanted litters of puppies and kittens who have been abandoned.

Joanne added, “It’s so important to neuter your pets to ensure you don’t have any unplanned litters to deal with. Puppies and kittens, while adorable, are hard work and expensive so it’s best to protect your pet against an unwanted litter by getting them neutered when they’re young. For neutering advice either speak to your vet or visit our website.” 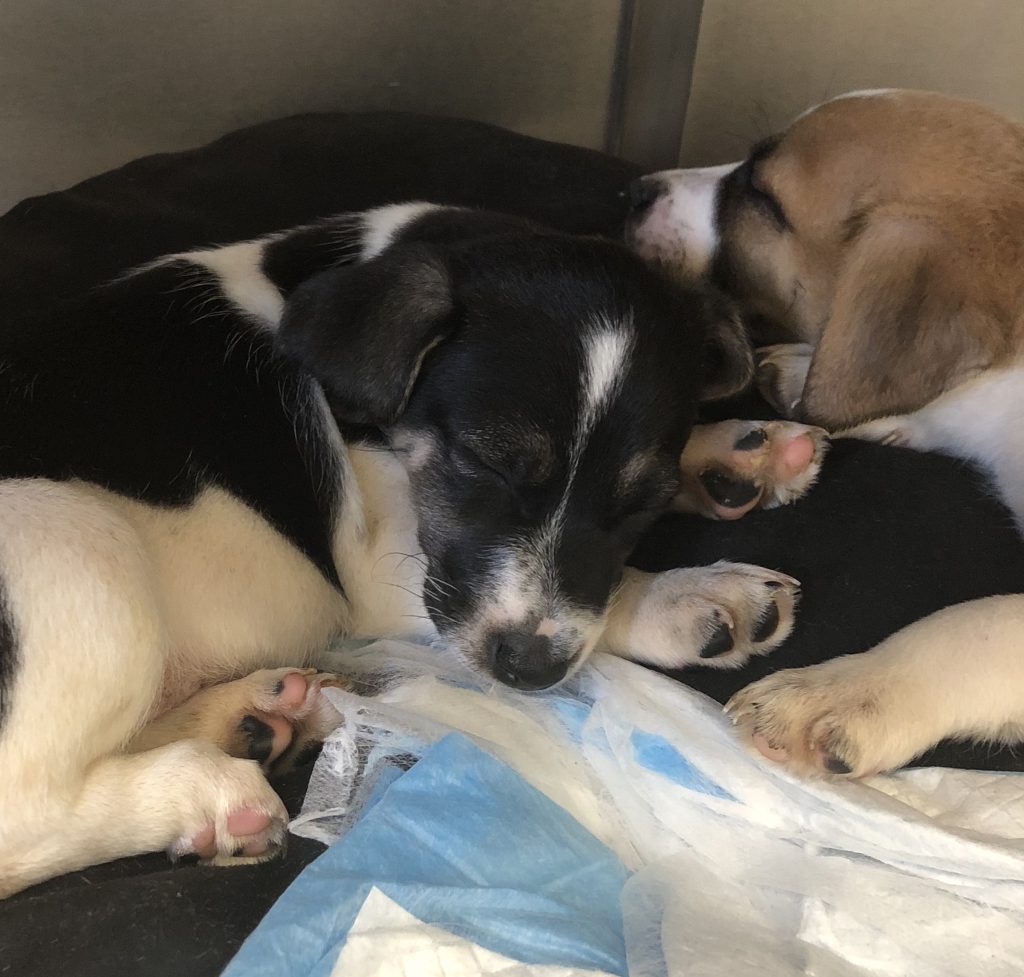 Harry, Louis and Niall are not yet available for rehoming. The RSPCA is asking the public not to contact the hospital for details about rehoming the puppies, as this could prevent an emergency call from getting through.