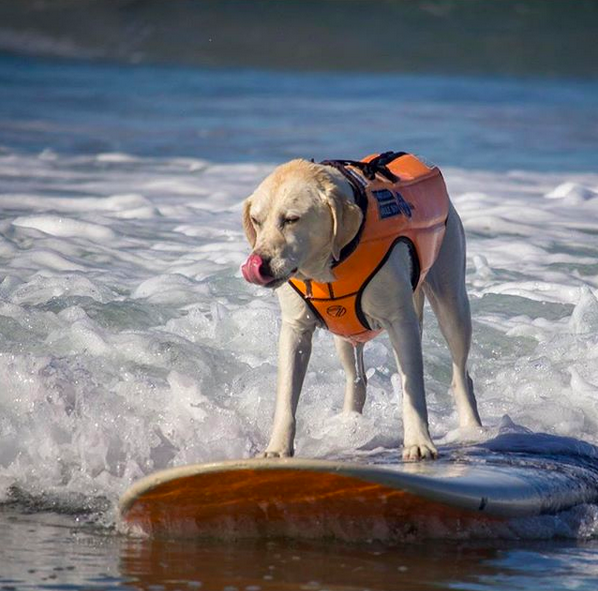 Haole, a 11-year-old Labrador, is a surfing therapy dog who brings joy to locals and his many online followers. Recently, he faced a difficult battle with cancer, but that hasn’t stopped this wonder-dog’s devotion to the ocean.

Since he was four months old, Haole has enjoyed beach life in Ventura, California, with his owners Kim and John Murphy – who, like many Californians, enjoy surfing. Living in one of the best states for surfing conditions, Haole tried the sport out for himself. At five-years-old, Haole swam out to John and attempted to climb on his board – and has been surfing ever since.

Without ever being taught how to surf, Haole competed in the dog surfing circuit for more than four years. He has since retired from competing but continues to be well-respected and recognised throughout the surfing community. Haole has put his skills to use in a career that has countless benefits. 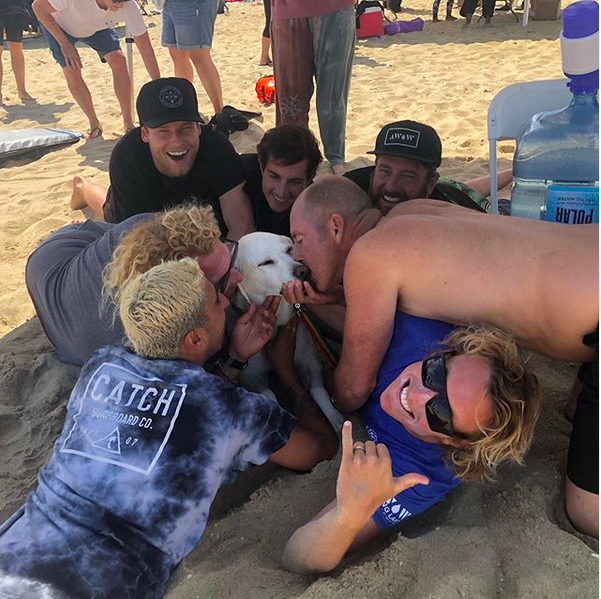 Haole’s calm and laid-back nature allows him to really connect with children. He has been described as having the soul of an older surfer, so it was only right that he would join the team at A Walk On Water (AWOW) and provide surf therapy to kids with special needs or disabilities.

The Ambassadog and his family are deeply committed to the programme, and  heartwarming moments between Haole and the children are regularly captured and uploaded to his Instagram account which has over 30,000 followers. 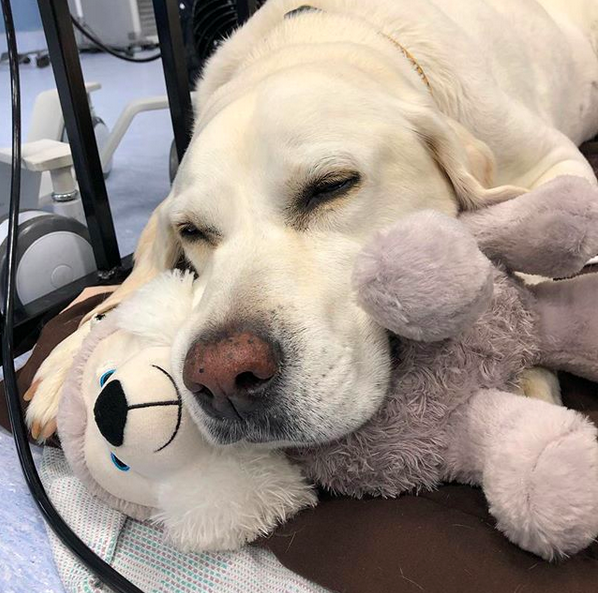 Haole underwent extension surgery to remove the mass and as many affected lymph nodes as possible. For the past nine months he has been going through chemo and has had five treatments of radiation. 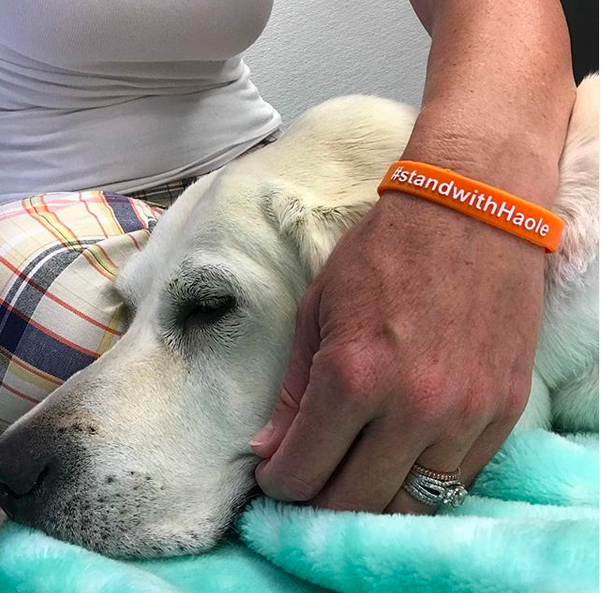 As any owner can imagine, the diagnosis has been really scary at times. It has been very stressful and upsetting for Haole’s family, he’s taken everything in his stride and continues to live his best life – and, of course, he continues surfing.

His proud owners treat him like a king, and his younger brother Primo (@littlebroprimo) is always there by his side. Haole has received masses of support from his online fans and the hashtag #standwithHaole has been created to show solidarity through the hard times.