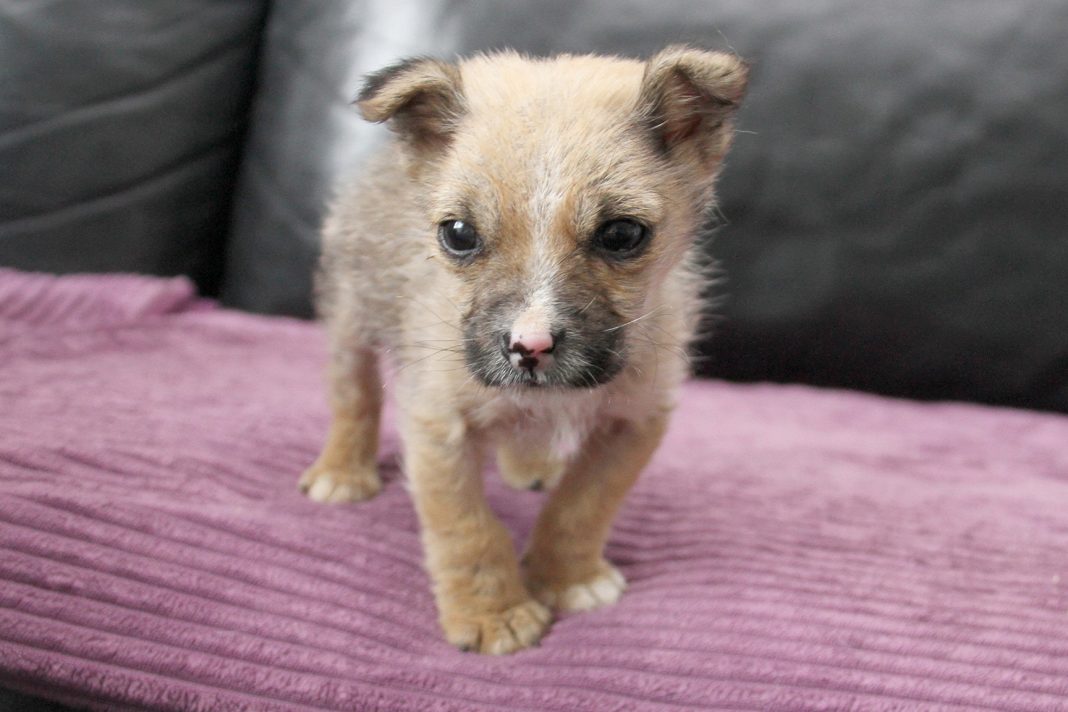 A tiny puppy was found close to death after being abandoned in a field inside a cardboard box – without even a blanket to keep him warm.

The pup, who weighs less than one kilo and is thought to be only five weeks old, was found by a member of the public in the town of Castleford, West Yorkshire. He had no protection from the elements, food or water. Luckily he was rescued and taken to Dogs Trust, where he is now being nursed back to health. The puppy has been nicknamed Hockney after famous Yorkshireman David Hockney, who himself was rescued in the same week after getting stuck in a lift in Amsterdam.

Emma Cooper, Assistant Manager at Dogs Trust Leeds who is helping care for Hockney, said,“Puppies of this age shouldn’t be away from their mum, let alone left to fend for themselves in a field. He was immediately seen by a vet after being rescued who said he wouldn’t have survived much longer as he was so cold. He hadn’t even been left with a blanket. “He had worms and has mange, a skin disease, which is he is being treated for. At first he didn’t want to eat anything but his appetite is definitely improving and he is becoming more like the inquisitive puppy he should be at his age.

“We will be looking after him for a few weeks until he has fully recovered and then we will be looking for a wonderful forever home for him where he will continue to get all the love he deserves and needs to grow into a happy, healthy adult dog. “We would like to remind everyone that if they are ever in a situation where abandonment is their only option, we and other charities can help.”