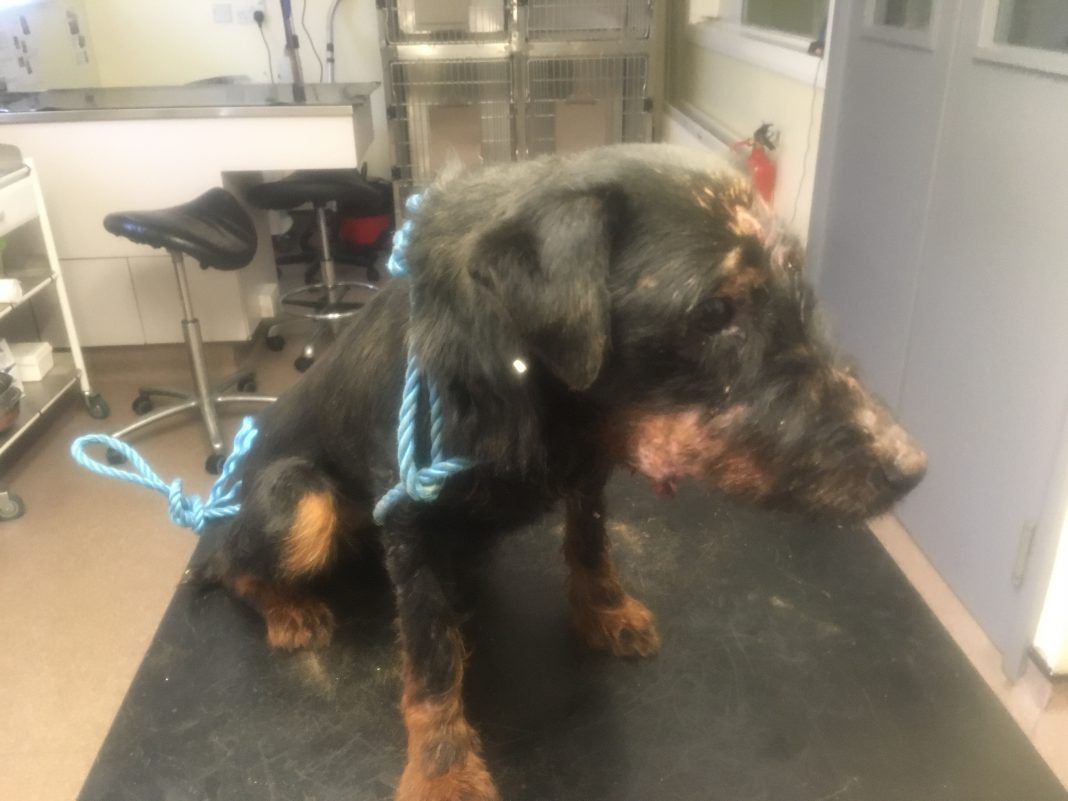 The RSPCA is appealing for information after a Terrier was found with severe injuries consistent with being used for badger baiting in Cumbria. The black and tan female was found on Sunday 16 September in the Flimby area.

RSPCA inspector Chris Towler said, “She had significant lower jaw injuries where the skin has been ripped away and multiple bite wounds to the front half of her body. She had a swollen front right paw with the nail missing. All of this is consistent, in our experience, with her having been used for badger baiting.”

The dog – thought to be aged around five years old – was taken to a vets where she was given immediate treatment. She has since had an operation on her jaw and is having to have the injury cleaned and packed daily with honey, prompting staff to call her Winnie.

“She is doing well and is being allowed to leave the vets today to one of our private boarding establishments,” said Inspector Towler, “but there is a very long road ahead. The daily cleaning and packing of her jaw injury will continue. In my thirty-plus years as an RSPCA inspector these are some of the worst injuries I’ve seen on a dog.” It’s thought the injuries may have happened on Friday 14 September or Saturday 15 September. Winnie has a visible ulcer on her left eye. Though she is microchipped the chip isn’t registered so at the moment we have no way of tracing her owner.

Inspector Towler said, “Irrespective of how the injuries were caused, clearly this dog has suffered enormously and the fact that she was found straying leads me to think that she has been allowed to do so rather than her owner seek vet treatment, which only adds to my suspicion that she was involved in illegal activities.” Anyone who recognises Winnie, knows who her owner is, or has any specific information that might help us to find out what happened to her is urged to contact the RSPCA appeal line on 0300 123 8018, and ask to leave a message for Inspector Towler.