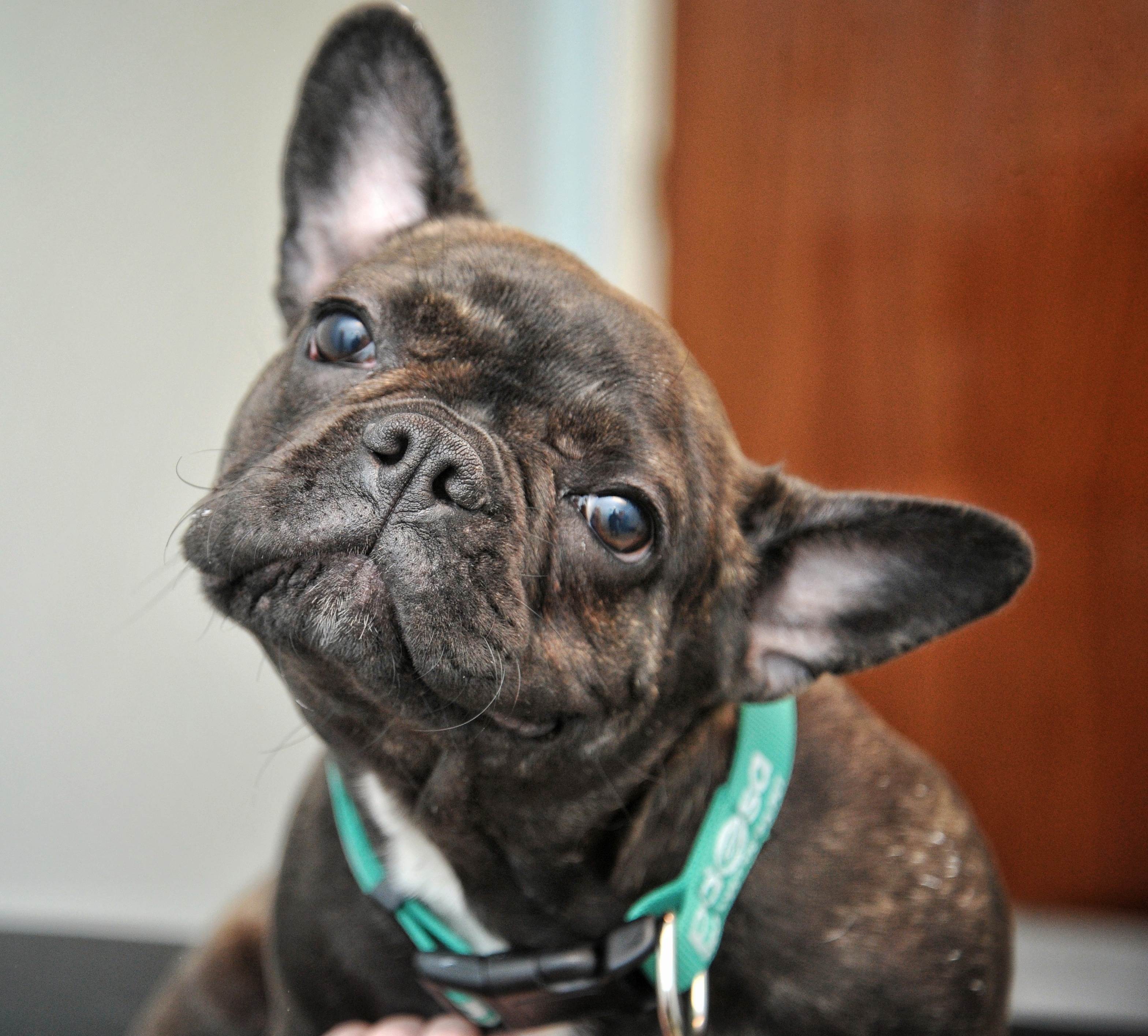 Nine-month old Narla had to be rushed to the PDSA Blackpool Pet Hospital after eating a box of liqueur chocolates that had been left under the Christmas tree at her family home in South Shore, Blackpool. Owner Suzanna Dixon, 32, returned home from shopping to an unpleasant surprise.

“When I walked through the door my first thought was ‘we’ve been burgled!’ as there was torn up wrapping paper everywhere,” she said. “But then I saw Narla with the nearly empty box of chocolates. I know human chocolates can be poisonous to dogs so I rang PDSA and they told me to bring her straight down.” 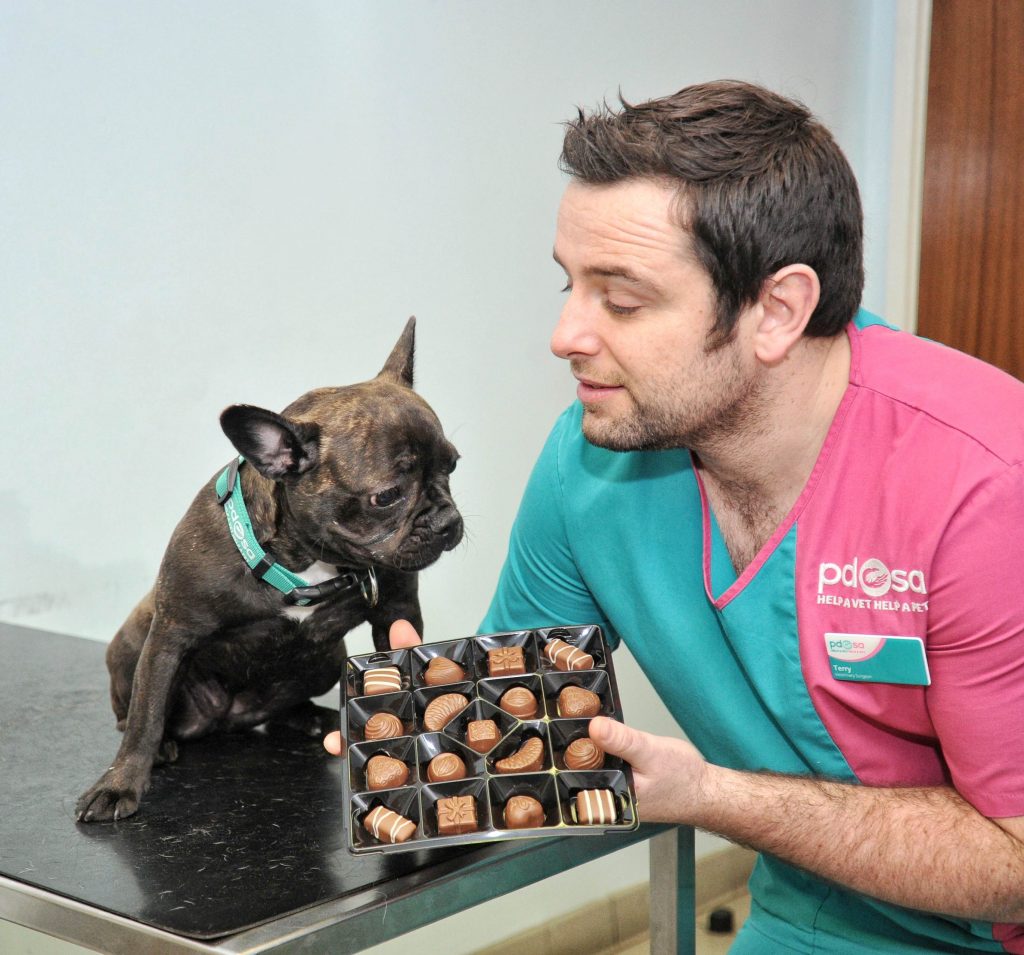 As the vets were able to act quickly, inducing vomiting before the chocolate – about 200g of it, a very dangerous amount for a small size dog – could be digested, Narla got off lucky. PDSA vet Terry Ogdin said, “She was well enough to go home the same day with medications to help absorb any remaining chocolate, and went on to make a full recovery.”

Things could have gone very badly for Narla. Suzanna said, “Not only did Narla eat a huge amount of chocolate, but they were also liqueur ones so the alcohol made it even worse. There won’t be any chocolates under the Christmas tree this year and I’d urge others to ensure they don’t leave any chocolate within easy reach.”

Chocolate is not the only food that can be toxic to dogs; others include grapes, sultanas, alcohol, onions and garlic. Over the Christmas period, pets are more likely than usual to ingest any of these things – either by getting their paws on them when no one is looking, like Narla, or because the owners don’t know how dangerous they can be. 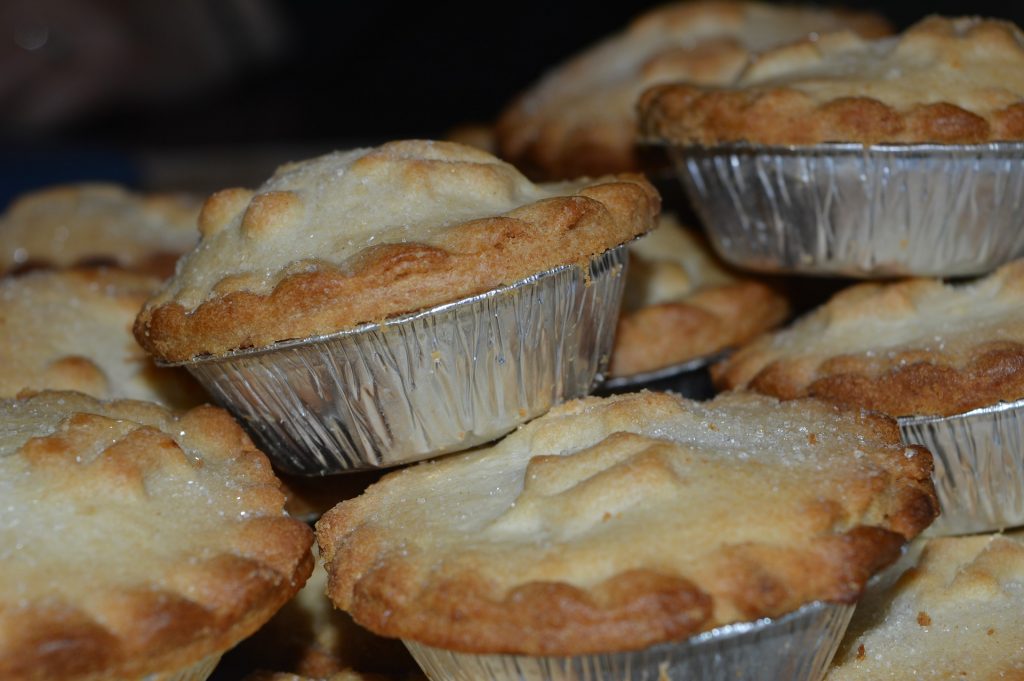 New research from Direct Line Pet Insurance reveals that “12.2 million Brits will risk the lives of their pets this Christmas by giving them toxic foods that can have lethal consequences”.  According to the data, more than a quarter will hand over treats containing onion; a worrying one in ten will let their dog eat chocolate, and one in six will allow their dogs to chew on cooked bones, as well as food containing raisins. Some will even let their dog sample alcohol, which can cause potentially deadly metabolic acidosis. One in eight men have admitted to doing so, as opposed to just one per cent of women interviewed.

Madeline Pike, Veterinary Nurse at Direct Line, said, “It is understandable that owners want to treat their pets to something special over the holidays, but dog and cat owners must be careful when feeding their pets human foods. It is important that pet owners read up on what their pets can safely consume, as things like cooked bones, chocolate, dried fruit, onions and alcohol can all be fatal, meaning that a seemingly harmless Christmas treat could have severe consequences.

“We appreciate it is difficult to say no to begging puppy eyes, but it is important to carefully consider the nutritional impact of different ingredients. We encourage owners to treat their pets in moderation and consider pet substitutes to human foods (for example, tins of Christmas dinners for cats). By doing so, the risk of over-feeding is significantly reduced and it eliminates the chance of food poisoning.”