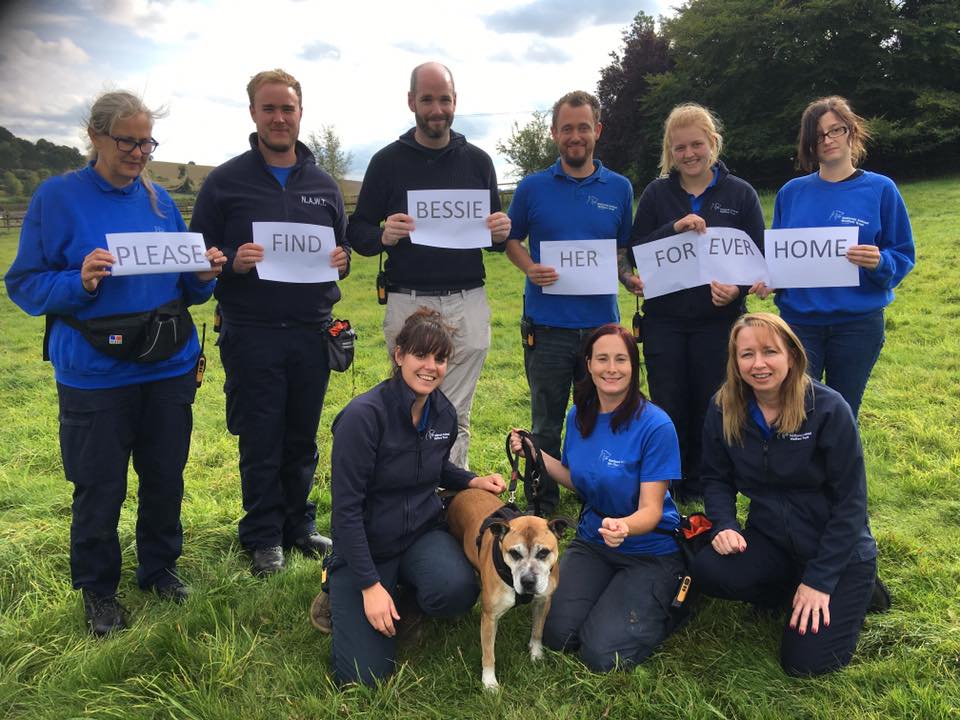 Bessie the Staffordshire Bull Terrier arrived at the National Animal Welfare Trust in 2014, after being found wandering as a stray. It was hoped to be only a short stay before she could move on to a loving home, but the wait was long: for three years, Bessie sat in the rescue kennels, overlooked by thousands of potential adopters. 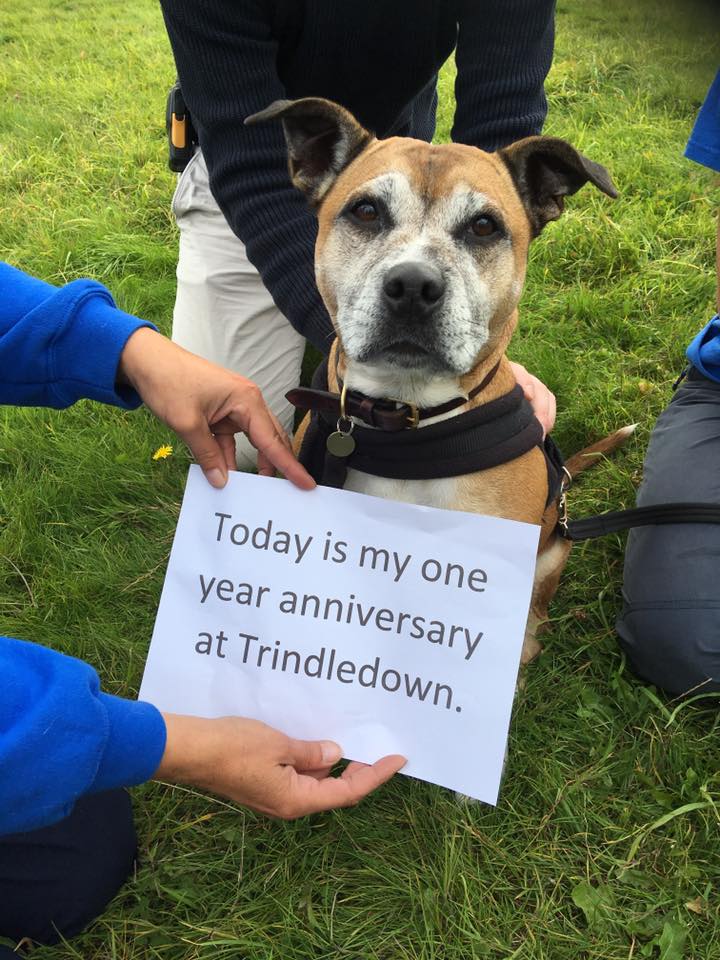 A spokesperson from the National Animal Welfare Trust, said, “Being a Staffie, Bessie is extremely clever and learnt lots of new things at her time with NAWT through our Open Paw training. She really is an amazing dog. She had lots of visitors, and saw her friends come and go over the long years she was searching for a family.”

Sadly, the clever dog struggled to cope with kennel life, despite the staff’s best efforts to keep her happy. She began chewing her own paws to cope with the stress, and needed regular foot baths to help them heal. 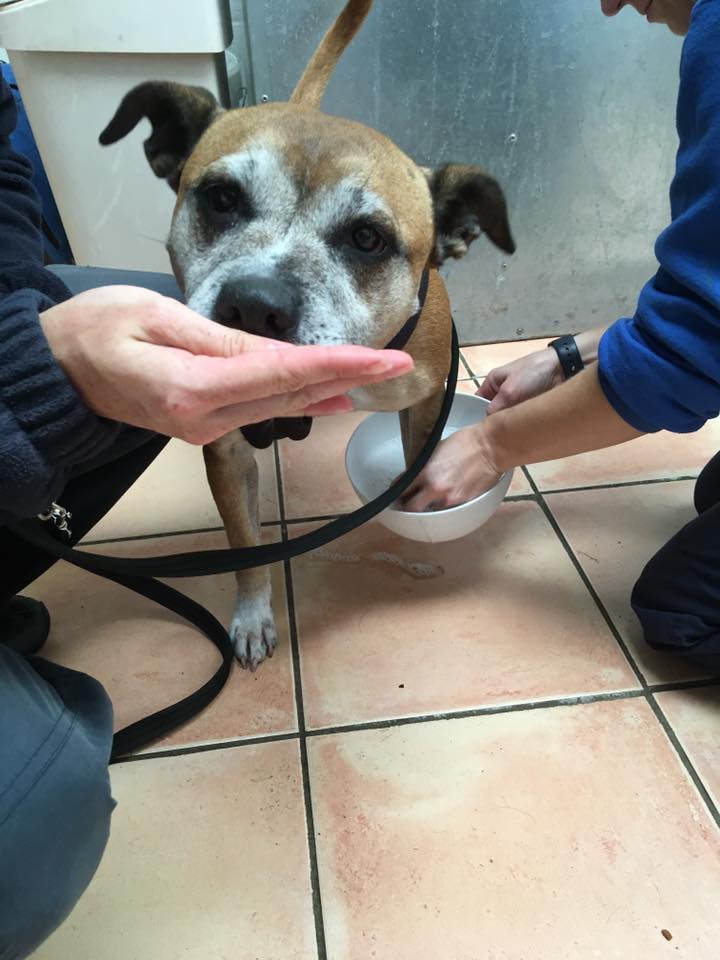 As well as caring for her, the NAWT staff was on the lookout for the perfect family to finally take her home – and they finally found it: Bessie will finally have a family of for herself after three years of wait, and is going to spend her first Christmas in a real home. The team was delighted to see her go, although of course they will miss her.

“To give Bessie the send-off she deserved, staff packed her bags, gathered to say goodbye and waved her off to start her life in her loving home,” a spokesperson said. 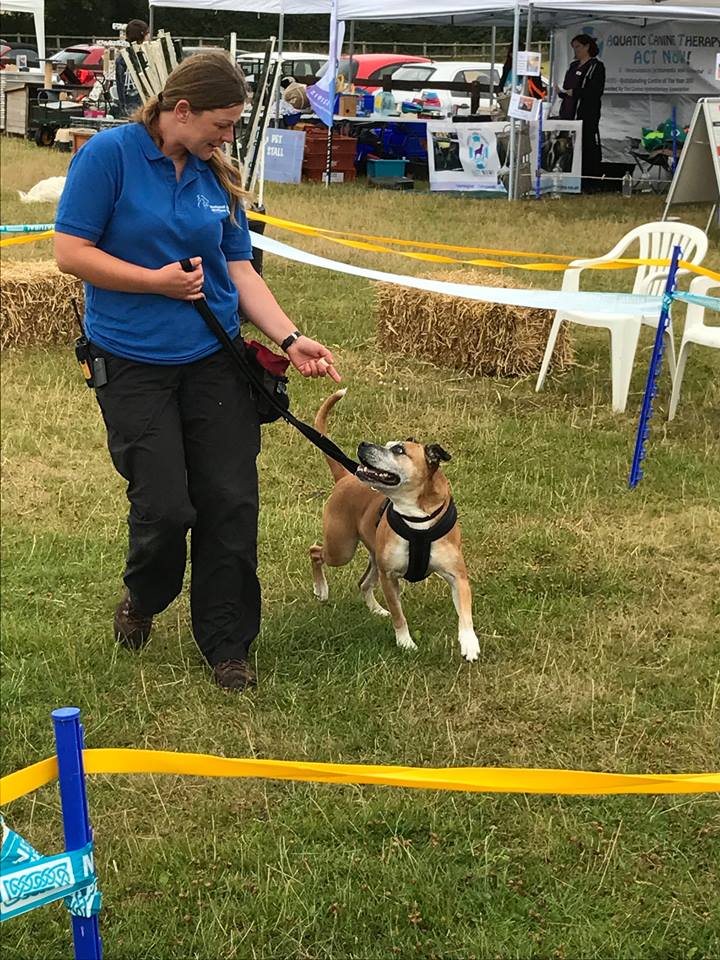 Bessie is one of manyStaffordshire Bull Terriers a who sit in rescues, waiting for their new family to come for them; this breed is by far the one most commonly found in pounds and rescues across the UK, making up to 15 per cent of all dogs that were seized by councils last year. A combination of overbreeding, irresponsible ownership and an undeserved bad reputation has contributed to this emergency.

If you’re thinking of adopting a dog, give one of the ‘Bessies’ out there a chance: you’ll be rewarded with utmost loyalty, a wagging tail, and that irresistible Staffie smile! 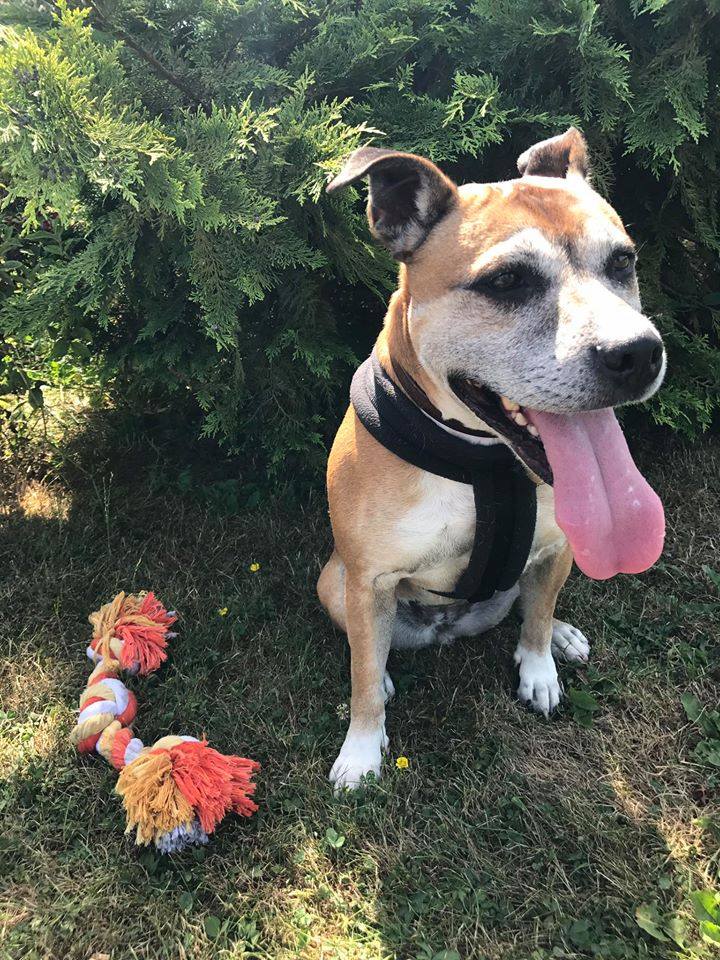