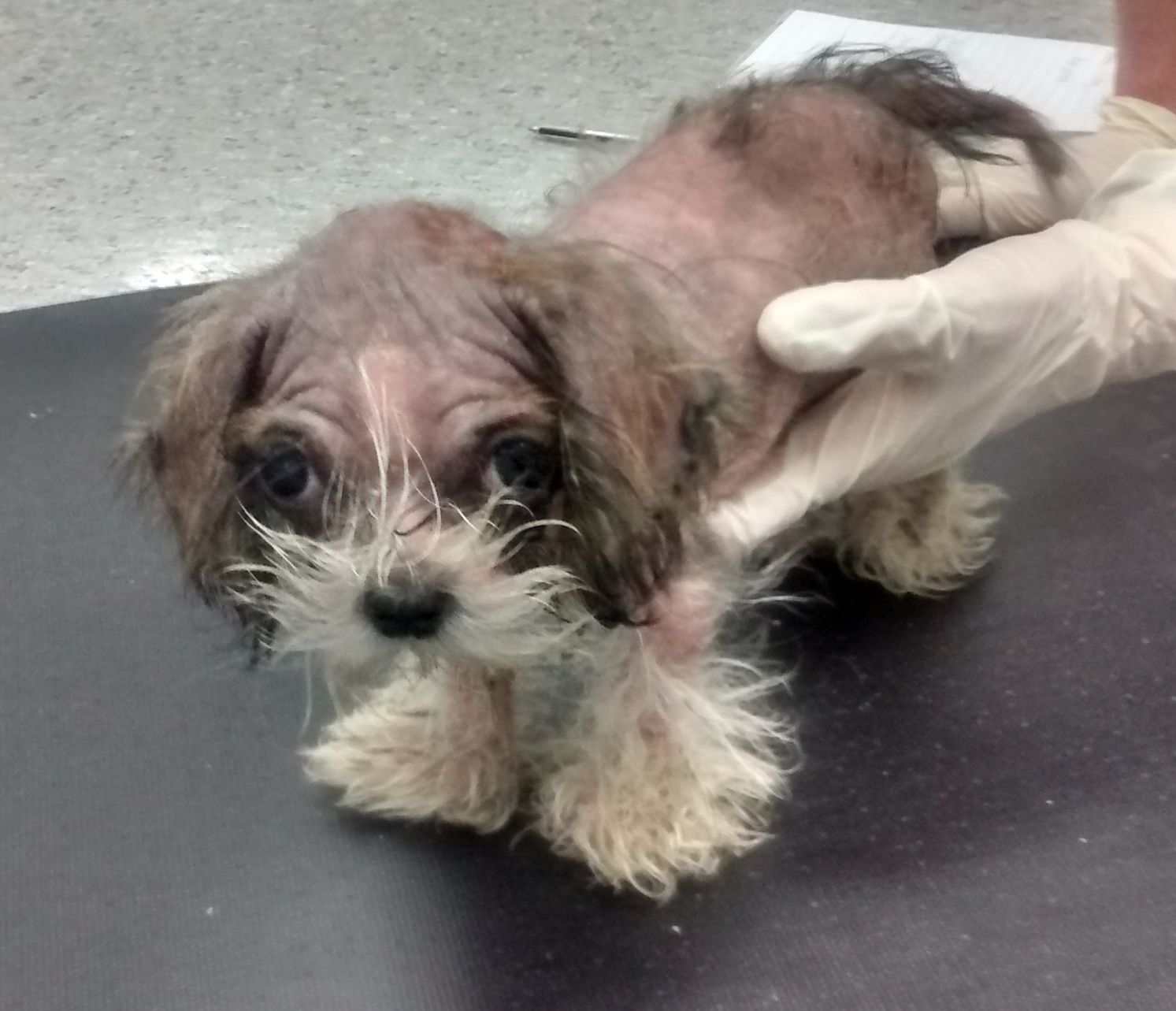 A pair of balding puppies have been rescued by the RSPCA, with CCTV footage confirming they were tipped from a bag and abandoned in a dark garden in West Yorkshire.

RSPCA inspector Sally Bamforth, who is now investigating, said, “The CCTV clearly shows a man walk past and then stop before holding a carrier bag over the wall and tipping it out into the garden.

“Then, as he walks away, he pauses as the two tiny, disorientated puppies appear from underneath a bush and potter across the lawn.

“The footage shows the man wrapped up in a big coat so it was obviously a cold night and you can see lashings of rain across the camera. These puppies were tiny, far too young to be away from their mum and were practically bald due to a nasty skin infection. They must have been freezing and it’s a miracle that they survived until they were discovered.”

The RSPCA has now released the footage in the hope of tracking down the culprit. The incident occurred shortly after 9.10pm on Sunday 28 September, and the puppies weren’t discovered for a number of hours.

“To abandon any animal is cruel but to dump these tiny, vulnerable puppies like this is just unspeakable,” Inspector Bamforth continued. “Watching the footage is heartbreaking, anything could have happened to these little pups.

“I’d like to say a huge thank you to those people who found them and called us so we could get them to a vet.”

The puppies, a male and female, have now been named Pippin and Perdy.

Georgina Meeks, who has been looking after the pair, said: “They are doing really well. They love their food, they scoff it down. And they’re really perky, very playful and extremely affectionate.

“They absolutely love each other and cuddle up together for naps – it’s so cute.”

You can see an adorable time-lapse video of the puppies below.