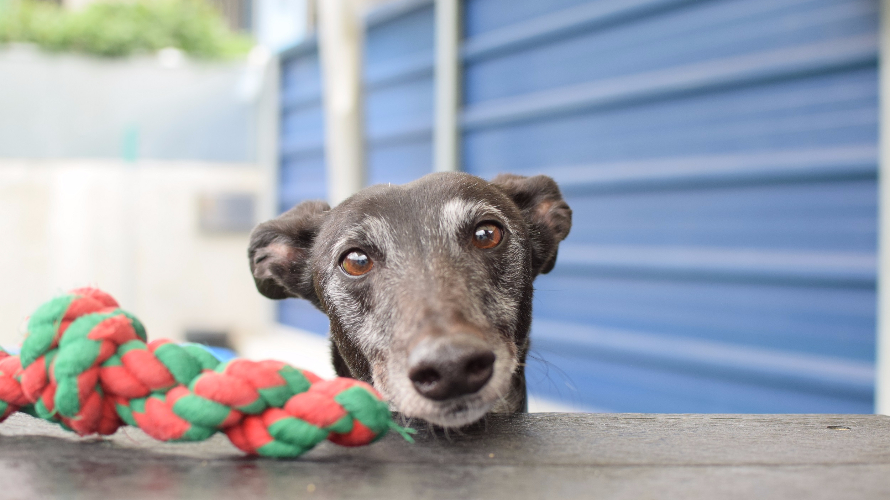 It takes an average of 35 days to rehome a Battersea dog – and just 30 to rehome a Greyhound. However, if the Greyhound in question is black, this rises to 55 days, as they find it hard to make an impression.

Battersea Old Windsor’s centre manager, Kaye Mughal, says, “People love sharing photos of their pets on Instagram and other social media and it’s no secret that black animals are harder to photograph. Because they’re dark, it can be difficult to distinguish their features on camera – and it does take a bit of practice to get the perfect snap. This has led to a misconception that black animals aren’t as ‘pretty’ or ‘cute’ as their brown, brindle and white counterparts.”

Some of Battersea’s black Greyhounds stay much longer than the 55-day average, such as Nellie, who has been waiting for over three months. She left the racing world after breaking a toe, and, after spending some time in a home, came to Battersea when her family’s circumstances changed.

Staff favourites Serena and Eddie are somewhat hindered because they come as pair, and need a new family willing to take them both on. Despite their happy and enthusiastic personalities, they’ve now been in kennels for two months.

Anna, on the other hand, is a new arrival, and hopes to buck the black dog trend and find her forever home quickly. Another ex-racer, she’d happily live with another dog for company, and loves a fuss.

These lovely dogs can also suffer the stigma of the general Greyhound misconceptions some members of the public still believe.

Kaye Mughal adds, “People assume these breeds are very high energy dogs and constantly need exercise. But, in reality, most Greyhounds will have short bursts of energy where they want to zoom around, and then they’re happy to spend the rest of the day lounging around.

“It’s such a shame so many people automatically dismiss them, because they’re loving and gentle-natured and many of them can make great pets for people with less dog experience.”