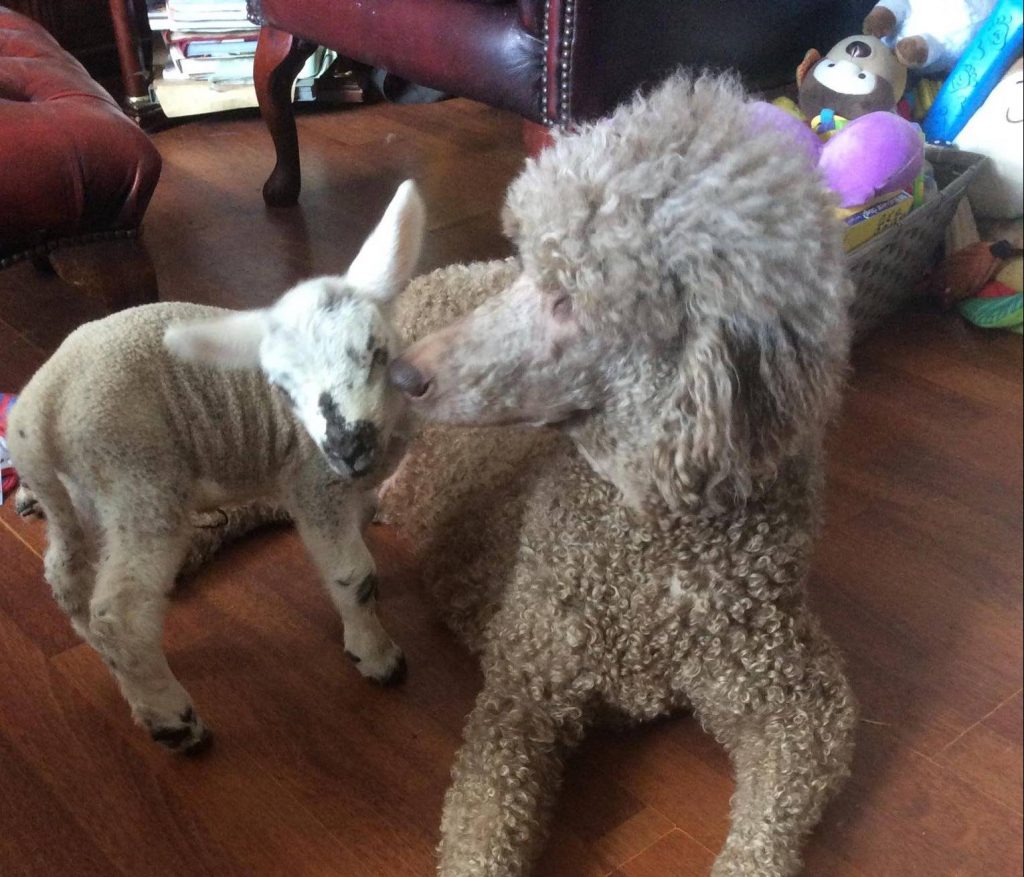 A Poodle called Noodle from Seaham in County Durham has found herself in the unusual position of playing a surrogate mother to an orphaned lamb. The 3-year-old standard poodle has taken to both “licking and cleaning the lamb and even letting it feed from her” said owner Rachael Purvis. Rachael has a small flock of sheep on her property on the East coast of Durham and after one of her lambs was rejected by her ewe, they decided to bring her into the house and try and hand-rear it. “Noodle immediately began licking and cleaning it as if it was a puppy. We were even more amazed when she allowed it to feed from her!” said Rachael.

Debby, as the lamb is now known, has also taken to the imitation game as Rachael commented on saying, “she copies the puppies, attempts to eat their food and runs alongside them when they play!”