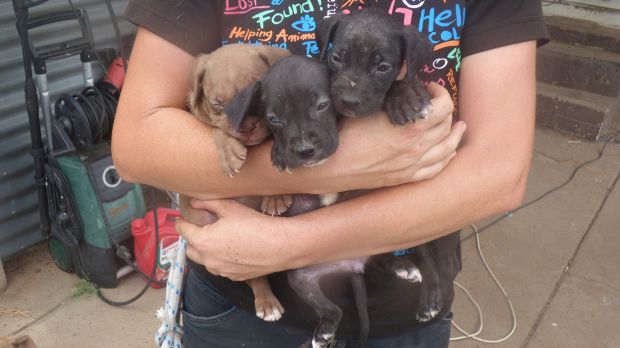 More than 90 animals have been seized from an alleged puppy farm in the town of Glenarbon, situated in the state of Queensland, Australia. Of the 81 dogs found at the property, two required immediate emergency treatment at the residence, where animals had been subjected living in inadequate shelter with limited access to drinking water.

Eight dog corpses were also found, with one body locked inside a caravan with another distressed dog, which was still alive. It’s been reported that some dogs had been eating the remains of other canines at the property just in order to survive. Indeed, many of the injuries that the dogs succumbed to were inflicted on them by other dogs. All in all, this makes for thoroughly disturbing and quite incomprehensible reading.

On Monday 16 January, police alerted RSPCA officers of the troubling findings. Armed with a search warrant for other matters, detectives and officials raided the outback property where they found the malnourished and injured dogs, with breeds, including American Staffordshire Bull Terriers, Australian and French Bulldogs, and Pit Bulls. The RSPCA for Queensland seized 91 animals in total – including 10 cats – transferring them to their headquarters at Wacol.

No charges have been issued as yet, but the RSPCA has been interviewing breeder Haris Ljuhar in connection with the incident. The RSPCA’s Chief Inspector for Queensland Daniel Young, said the conditions in which the dogs and cats were being kept were ‘very disturbing’ and although the investigation is in its early stages, they expect for it to result in multiple charges over a failure to provide duty of care to the animals.

“There was inadequate shelter and water and a number of the dogs were carrying injuries that needed urgent veterinary treatment. There was one dog that was sharing a small space with a dog that was deceased and there were the remains of a number of corpses lying near dogs that were tethered.

“We’d like to sincerely thank Queensland Police for their invaluable assistance in this operation.”

Police and the RSPCA want to hear from anyone who believes they may have purchased an animal from the property. New puppy farm laws will be introduced in May, making it mandatory for all Australian dog breeders to be registered and provide a supply number when selling, giving away or advertising a dog.