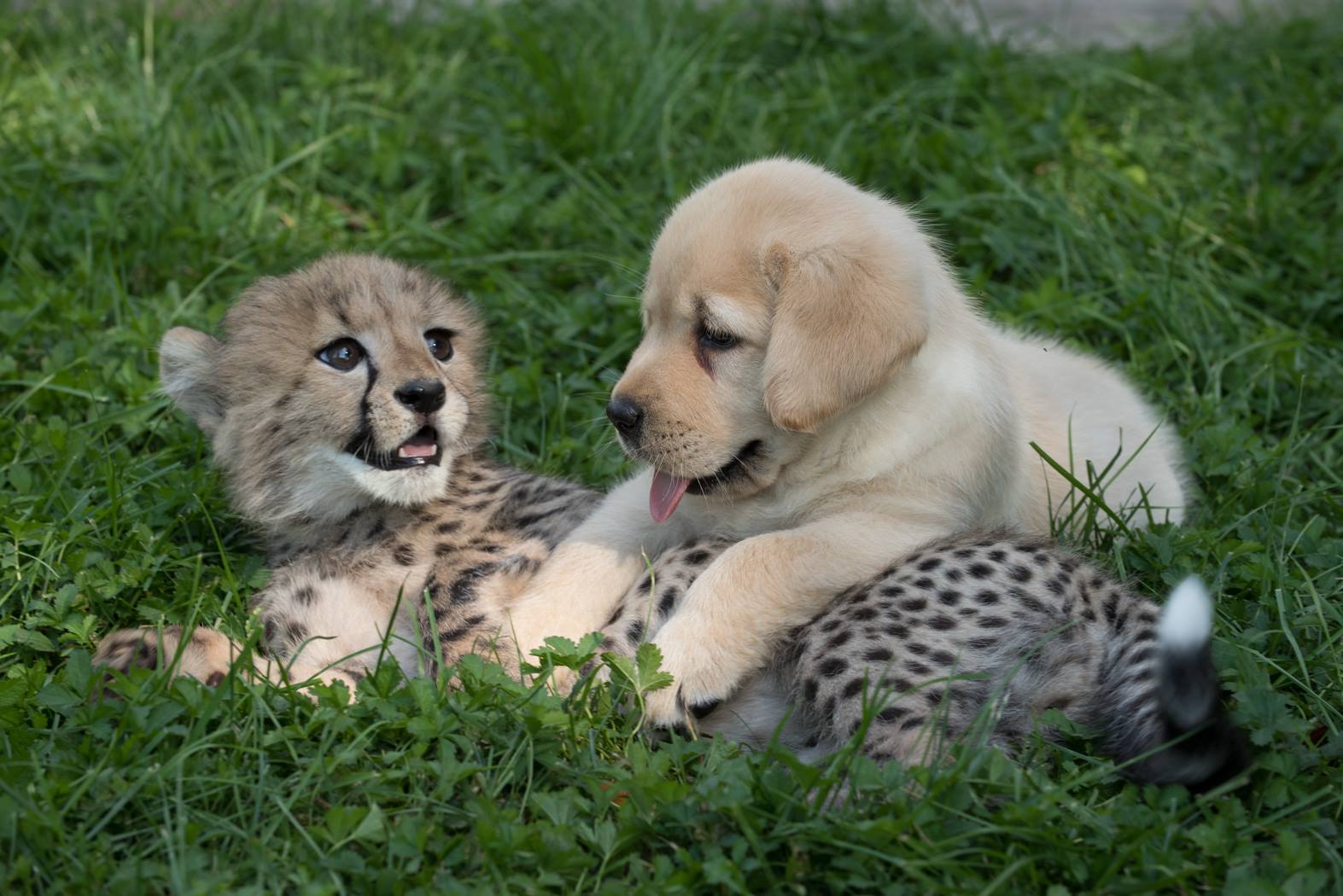 Earlier this month, Columbus Zoo in the USA announced the arrival of an unlikely new pair of animals: a ten-week-old cheetah cub named Emmett and his best friend, a seven-week-old yellow Labrador puppy, Cullen.

Had Emmett been born in the wild, he would never have survived. Suffering with pneumonia soon after birth, Emmett was hand-reared at a conservation facility in Ohio, before joining Columbus Zoo.

Cullen is Emmett’s companion dog; they will grow up together.

The zoo explained on Facebook, “Cullen will help Emmett to be more confident and calm as cheetahs are naturally skittish animals.”

Emmett will be an ambassador for his species, raising awareness with zoo visitors of the plight of his wild cousins thousands of miles away. Cheetahs are now classed as ‘vulnerable’; populations have declined substantially, mainly due to hunting by humans throughout the twentieth century.

Let’s just hope Cullen can keep up with him!