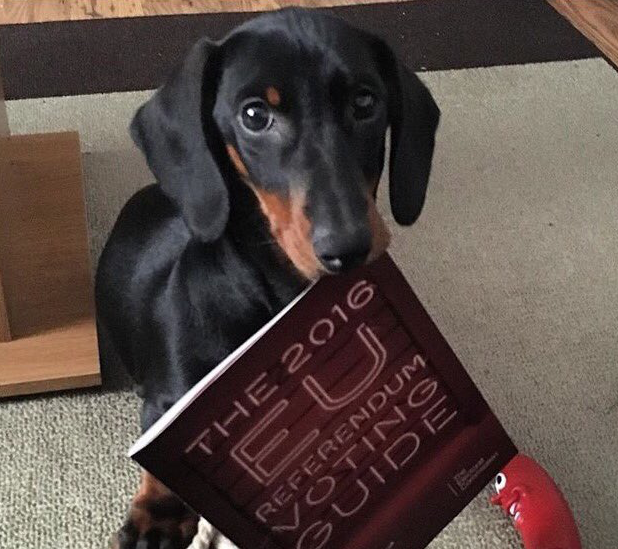 With the EU referendum fast approaching, dog owners have taken to Twitter to share their dogs’ ~totally real~ fears over Brexit…

Bert feels so strongly about remaining in the EU, he's started his own flotilla. #DogsAgainstBrexit pic.twitter.com/I8jCB3ud69

These two are better together…

One of us is German, one of us is unsure of our heritage… neither of us care! #DogsAgainstBrexit pic.twitter.com/dABIZg0Hz0

And accusations of fact distortion are flying!

Peanut thinks the 'Vote Leave' leaflet makes much more sense when it's been chewed. #dogsagainstbrexit pic.twitter.com/5WXNsNuwTt

What about our sharing our ideas, languages, history and art?

This Labrador is worried about her food bill (as always).

And what about will become of working contributors like Treacle?

Not to mention all the fabulous European food.

But then of course, the EU can actually affect you if you are a dog…

Bea is worried her friends won't get passports to come to their forever homes in the UK #DogsAgainstBrexit @SSDogsUK pic.twitter.com/86wcura91V