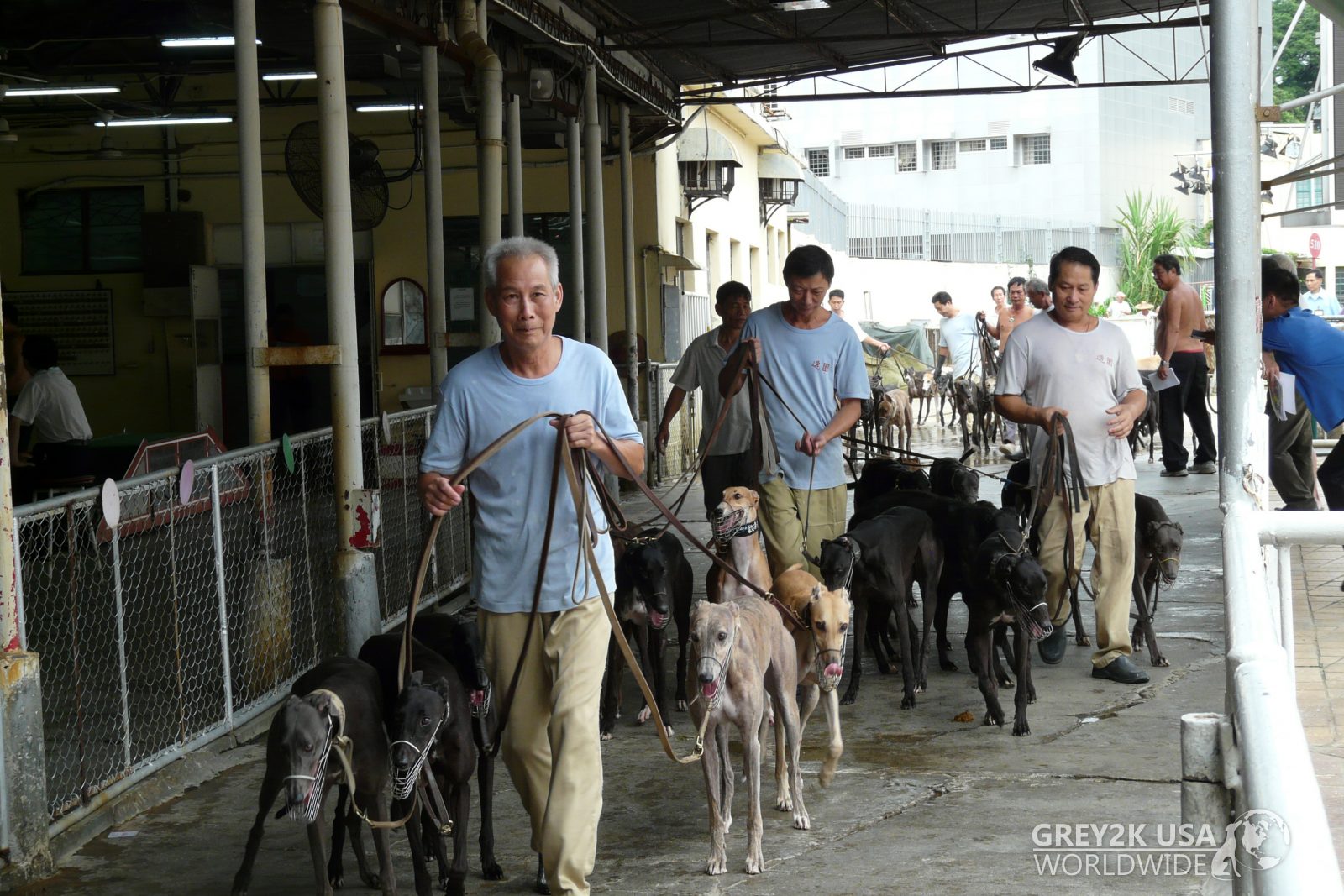 The Canidrome is the only Greyhound racing track in Asia. It’s located in Macau, the only region in China where gambling is legal. But it’s a place of horror, fear and pain; an outdated sport run in a place where animals have no rights. At night, the track comes alive in neon lights, and by day, the Greyhounds languish in little more than cells…

There is no rehoming program – the only track in the world without one. Death, not retirement, is the guaranteed end of these Greyhounds’ careers. Around 30 per month are killed – either because they are too old or sick to go on, or they haven’t placed in five consecutive races.

The conditions are brutal

As many as 800 Greyhounds live in the Canidrome’s concrete kennels, yet only nine handlers are employed. The kennel’s lower floor exists in darkness, and without air-conditioning, the dogs suffer in up to 92% humidity.

The Canidrome was built in 1930, and little renovation has been done since then. A dated track is a dangerous one; the surface is uneven, the bends are narrow.

In December 2015, less than half of the Canidrome’s racing Greyhounds were certified as healthy, according to Anima Macau. Dogs can often be seen on the track with open wounds, bandages and limps.

The Canidrome no longer makes money; in fact, its annual revenue is outstripped by the neighbouring casinos every four hours. Government tax breaks are keeping this cruel novelty alive.

Greyhounds are bought in from thousand of miles away

The Canidrome has to rely on an overseas supply for its races; in previous decades, Australian Greyhounds were flown in, until the airline Qantas bowed to public pressure and stopped carrying them in December 2015, making this route more difficult. In March and April this year a new supply chain opened, as a number of Irish Greyhounds were shipped in. It’s a horribly stressful and confusing journey for the dogs, particularly with no loving owner to meet them at the other end.

Find out more about how you can join the fight to close the Canidrome in our in-depth article in the July issue, and sign Anima Macau’s petition here.

Thank you to Grey2K USA, Anima Macau and Caged NW for the information and imagery featured in this article. Featured image via Grey2K USA.